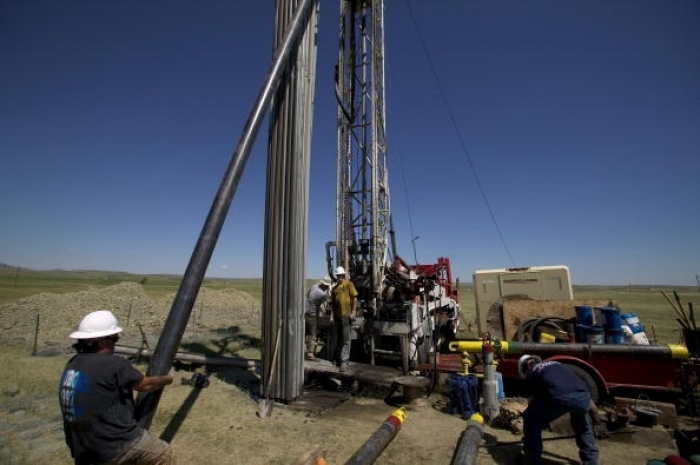 (CNSNews.com) - Now that the United States has banned imports of Russian oil and gas, we should boost our own output to make up the shortfall, several Republican senators said on Tuesday.

"And I would say to the President, why not American energy?" Sen. John Thune (R-S.D.) told a news conference. "Why Venezuela? Why Iran? Why can't we have an all-of-the-above American energy strategy that makes America -- America energy independent, reduces the dangerous dependence that we have on some of these foreign regimes who are unreliable, and -- and helps lower energy prices for people in this country."

Thune said President Joe Biden was right to ban Russian oil imports, but "there's an underlying problem that preceded this current conflict. And that is that the administration has for -- from the very time they took office literally said no to American energy production."

"They took leases, oil and gas, leases on federal lands, took those off limits. They obviously killed the Keystone XL pipeline. I think it was the first executive order the President signed when he came to office. All examples of this administration's hostility to traditional, conventional energy sources in this country -- much of which we need right now.

"And I think we are all in favor of, you know, trying to come up with solutions to energy problems that are cleaner and more efficient and reduce greenhouse gas emissions, but for the foreseeable future, we're going to need liquid fuels. And so having an all-of-the-above American energy policy makes all the sense in the world.

"It's -- it's just amazingly ironic to me that we are taking Russian energy now out of, you know, our energy mix here in this country, which is about 3 percent to 4 percent of all the energy we use at least in terms of crude oil imports. And -- but now going again hat in hand to other countries like Venezuela and like Iran asking them to increase energy production because we're not doing enough to -- to increase energy production right here in the United States.

"It makes absolutely no sense. And I would say to the President, why not American energy? Why -- why Venezuela? Why Iran? Why can't we have an all of the above American energy strategy that makes America -- America energy independent, reduces the dangerous dependence that we have on some of these foreign regimes who are unreliable, and -- and helps lower energy prices for people in this country.

"It's -- it's a simple matter of economics and I just hope that the administration will find their way to do the right thing for American energy consumers for our national security interests, for our economic security interests, and for America's energy independence. There's a solution out there. It's an American solution, and it's not only an American solution, it's something that could help so many of our allies around the world.

"If he would just open up oil and gas, these areas, federal lands, private lands for leasing, if he would support pipelines in this country, which contribute to the infrastructure that helps get rid of the bottlenecks, the rail and truck bottlenecks that so oftentimes hamper the distribution of energy in this country and around the world.

"These are all American solutions to this challenge and something that this administration could do -- change in terms of their mentality, their policy, their decisions, and they could do it overnight."

Likewise, Sen. John Barrasso, from energy-rich Wyoming, said the Biden administration, until Tuesday, "has played right into the hands of  Vladimir Putin" by killing the Keystone Pipeline, shutting down oil and gas leases on public lands, "and as recently as this past month, blocking additional transport of American energy."

He noted that even before Putin's war in Ukraine, Americans were paying about a dollar a gallon more for gasoline than they were before Biden took office.

"And because of those policies, that's why -- one of the reasons we have 40-year-high inflation right now in the United States. And it's why Vladimir Putin has had a cash windfall to help him fund his aggression.

"We need to reverse this. Now, it's not something we're going to be able to reverse overnight in terms of the threat to our own national security, but we're clearly not going to reverse it by looking to Venezuela or Iran.