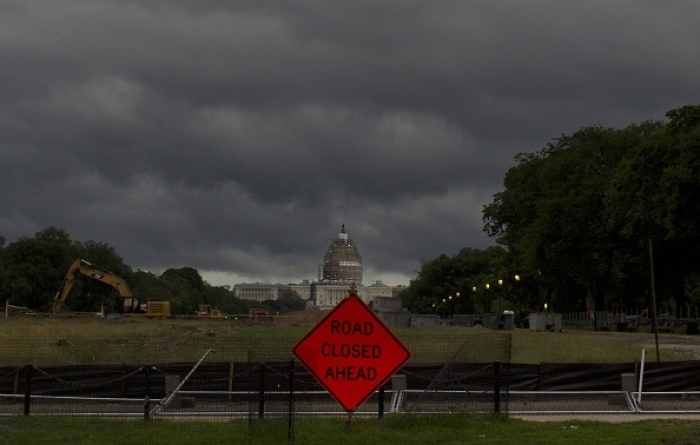 It's full speed ahead for Senate Democrats, but roadblocks for Republicans in the upcoming 51-49 Senate. (Photo by Andrew Caballero-Reynolds/AFP via Getty Images)

(CNSNews.com) - Republican Herschel Walker's loss to Democrat incumbent Sen. Raphael Warnock will have a big impact on Senate proceedings and the federal bureaucracy, starting in January.

Democrats would have controlled the Senate regardless of Walker's win or loss, but without an even 50-50 split, Democrats will have the advantage in confirming "bad nominees" as well as advancing regulations, investigations and other committee business.

"Because, as your reporter mentioned, when we had a 50-50 Senate, every committee was equally divided, 50-50, both in funding on both sides and also on membership on both sides.

"Now, obviously, the House of Representatives is a Republican House; we'll have a fully controlled Democrat Senate now in 2023. The American people have spoken on this. It is a very divided government. The American people want to be able to see some results out of this, but they're very frustrated with what's actually happening in the country."

Lankford said another "very significant issue" for Republicans in a 51-49 Senate is the nominating process and confirmation hearings.

"When you have a divided Senate equally...every person that comes to the nomination process, if it's equally divided in the committees, it takes a long time to get to the floor. They can get it to the floor, but it takes a lot more time, and so it dramatically slows down bad nominees.