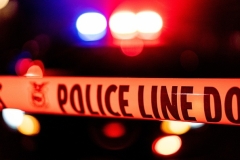 (CNSNews.com) - The District of Columbia City Council this week passed a soft-on-crime bill that will take effect if Mayor Muriel Bowser signs it.

Sen. Tom Cotton (R-Ark.) called it "amazing" that a city with rampant crime would even consider doing away with mandatory minimum sentences, except for murder; and reduce penalties for gun crimes.

Cotton said the D.C. Council is "putting left-wing ideology ahead of the safety of the residents of our nation's capital."

"We're not talking about reducing sentences for people who are arrested with a dime bag of marijuana. We're talking about carjacking in a city that has had a wave of carjackings -- in a city where professional football player, a Washington Redskin, was carjacked and shot just a few months ago.

"This reflects the Democrats soft-on-crime, left-wing ideology. This is a major issue in the Georgia senate race and this is why Georgians should get out and vote for Herschel Walker and it's also something that Congress will take a look at.

"And if the mayor of Washington, D.C., goes forward with this resolution or this bill, then I will introduce a resolution of disapproval in Congress to stop it from happening. Because the people of Washington deserve better and Americans deserve better. Our nation's capital belongs to the American people, not to left-wing politicians here."

The D.C. Council said the rewrite of the criminal code would not take effect until 2025 (if it takes effect at all).

According to the D.C. Council, the District’s criminal code "was last fully rewritten back in 1901, by Congress, during a time when the District as a society was completely different, and our population of roughly 280,000 was deeply discriminatory based on race on gender."

The code, although updated through the years, "still contained numerous historical anachronisms," so an independent Criminal Code Reform Commission rewrote it, sending the revised criminal code to the Council last year.

As the D.C. Council described it:

"In addition to modernizing and streamlining the criminal code, the bill also makes some substantive changes. Mandatory minimum sentences for crimes other than first-degree murder are eliminated; the right to a jury trial is gradually phased in to apply those charged with misdemeanors but facing jail time; and some maximum criminal penalties [including for carjacking] are reduced to be in line with sentences actually handed down in recent criminal judgments."

Mayor Bowser expressed concerns about the revised code in a letter to the council, including:

-- “the reduction in penalties for serious violent crimes (burglary, robbery and carjacking) and violent offenses when a firearm is used."

-- the proposal to weaken “already lenient sentencing for gun possession by reducing current penalties for carrying a pistol without a license and felons in possession (of guns.)”

You can read her full letter here.