Gingrich on Biden Documents Case: 'This Is Not Going to Go Away. It's Going to Get Bigger' 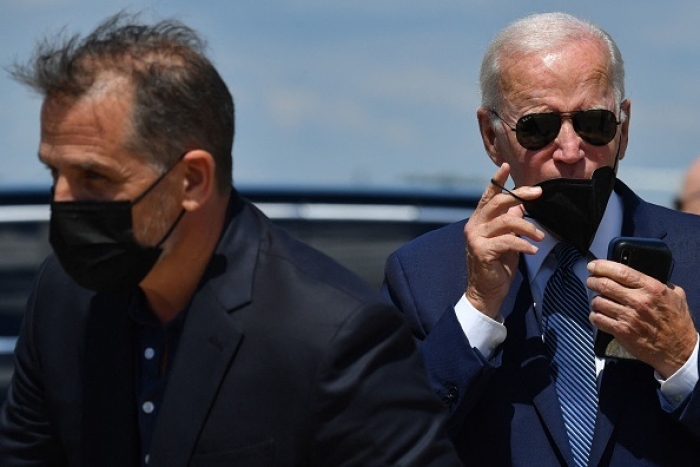 President Joe Biden and his son Hunter Biden return from vacation in South Carolina on August 16, 2022. (Photo by NICHOLAS KAMM/AFP via Getty Images)

(CNSNews.com) - A second batch of classified material has turned up somewhere in Joe Biden's orbit.

We don’t know how many documents were found or where they were found, but Republicans are redoubling their pressure on Attorney General Merrick Garland to appoint a special prosecutor to investigate.

"This is not going to go away. It's going to get bigger."

Gingrich said Biden isn't the only one who needs to answer questions about the recently disclosed discovery of classified material at Biden’s D.C. office that was funded by the University of Pennsylvania, reportedly with money from China.

"Look I think what's happening is, the documents are the beginning of the unraveling of the entire Biden, basically, criminal family operation," Gingrich said:

"First of all, the documents are going to lead you to the University of Pennsylvania where the Chinese communists gave millions and millions of dollars. They refuse to open their books. The president of the university of Pennsylvania got to be the ambassador to Germany. People like the secretary of state (Antony Blinken) -- the current president, Biden, got a million dollars for nine appearances.

"We have no idea where all the money went, we have no idea what the influence was. But it's ironic that some of these documents were found at a University Pennsylvania office.

"Second, this leads you right back to Hunter Biden as the bagman. Because the first wave of documents included documents about Ukraine at about the time that Hunter Biden was getting hired by Burisma, the Ukrainian energy company, largely because he was the son of the vice president. So that’s going to all be wrapped up together.

"Now imagine, we're talking about very secret documents which the current president of United States openly says somehow somebody somewhere got them and they took them away and he has no clue."

Gingrich said he suspects the Republican-controlled House is going to subpoena all the documents and financial records the University of Pennsylvania refuses to release, because he thinks this goes "way beyond Joe Biden" to "huge chunks" of his administration.