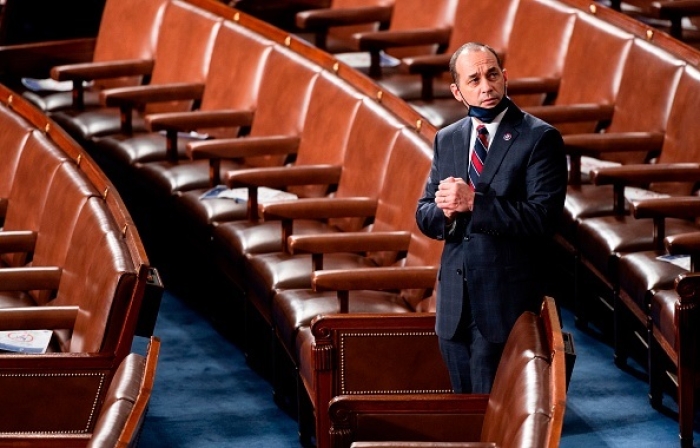 (CNSNews.com) - One of the same conservative lawmakers who balked at making Kevin McCarthy House Speaker is now holding up the debt ceiling as "the real test" for fiscal discipline.

"Well, the real test for us...will be when the debt ceiling situation arises, when we reach the debt limit," Rep. Bob Good (R-Va.) told Fox News's Neil Cavuto on Monday:

"We have got to have the willingness to go to the mat over that to force cuts in spending to put us on a path to fiscal responsibility.

“We have got to use the leverage that we will have at that time, because, as you know, the omnibus bill was passed, unfortunately, a couple of weeks ago, we have lost all of our budgetary leverage through September. But we will regain that in the debt ceiling battle when we have that soon.

"And the full faith and credit the U.S. government is on the line for us to cut spending, so we don't face a reckoning some day because of the rise in interest rates and the rapidly -- rise in our national debt. So we have got to show courage.

"That was on display -- display here in this Congress, I would say historically, over the past week. We have got to continue to display that courage to fight to save the country from a fiscal standpoint."

Cavuto noted that what Good calls "courage" others call "suicidal talk," because a battle over raising the debt limit could lead to a government shutdown.

Okay, Good indicated: "Well, we have got to be willing to use that as leverage, quite frankly, the same way that we would never have achieved the historic changes to the rules and to change how Congress operates unless we were willing to defeat the speaker to accomplish those," Good said.

"You have to use leverage points. That is what this is about in this business, persuasion and leverage, leveraging power to accomplish what you need to accomplish."

Good added, "We will have zero leverage with the Senate or with the president if we're not willing to threaten that and willing to follow through on it."

"And so we have got to be -- force either spending cuts or not being willing to raise the debt limit.

"Absolutely, we can't keep kicking the can down the road, because, eventually, that can is going to go over the cliff. And that cliff is the failure of the United States from a financial standpoint."

As defined by the U.S. Treasury:

"The debt limit is the total amount of money that the United States government is authorized to borrow to meet its existing legal obligations, including Social Security and Medicare benefits, military salaries, interest on the national debt, tax refunds, and other payments.

"The debt limit does not authorize new spending commitments. It simply allows the government to finance existing legal obligations that Congresses and presidents of both parties have made in the past.

"Failing to increase the debt limit would have catastrophic economic consequences. It would cause the government to default on its legal obligations – an unprecedented event in American history. That would precipitate another financial crisis and threaten the jobs and savings of everyday Americans – putting the United States right back in a deep economic hole, just as the country is recovering from the recent recession.

The federal government's borrowing authority is expected to expire sometime later this year.