Biden: 'I Have No Regrets' About 'Handful of Documents...Filed in the Wrong Place' 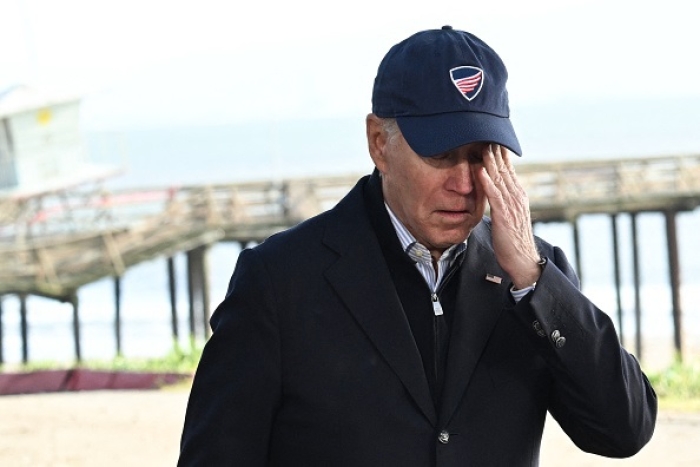 (CNSNews.com) - President Joe Biden, visiting flood-damaged California on Thursday, bristled when a reporter asked him a question about his alleged mishandling of classified documents instead of asking about disaster recovery efforts.

"I have no regrets," Biden said about the "handful of documents...that were filed in the wrong place."

Here is his full response, when a reporter asked him, "Do you have any regret" about the delayed disclosure of classified documents found at his home and former Washington office:

"You know, the only — I will answer the question, but here’s the deal," Biden said.

"You know, what quite frankly bugs me is that we have a serious problem here we’re talking about. We’re talking about what’s going on [in California].  And the American people don’t quite understand why you don’t ask me questions about that. But having said that, what’s your question?" Biden asked.

The reporter asked again: "Do you have any regret, sir, that you did not reveal the existence of the documents back in November, before the midterms?"

"Look, as we found — we found a handful of documents that were failed — were filed in the wrong place.  We immediately turned them over to the Archives and the Justice Department.  We’re fully cooperating and looking forward to getting this resolved quickly.

"I think you’re going to find there’s nothing there.  I have no regrets.  I’m following what the lawyers have told me they want me to do.  It’s exactly what we’re doing.  There is no there there. Thank you."

'There's all kinds of questions'

Rep. Jim Jordan (R-Ohio), now the chairman of the House Judiciary Committee, said the discovery of documents in Biden's possession at different locations "sure doesn't seem like" an administrative error -- or mistaken filing, as Biden indicated.

"I think everyone is surprised at every response we've gotten from the White House -- everyone's surprised at how this whole thing has unfolded," Jordan told Fox News's Laura Ingraham Thursday night.

"I do think it's interesting. And this is what we'll be looking at in the Judiciary Committee. I do think it's interesting how the DOJ has responded. We've seen all kinds of things that seem inconsistent. Why didn't they accompany the lawyers, when they went to pick up the classified documents? I have no idea, why they didn't do that? So there's all kinds of questions there.

"So I guess we shouldn't be surprised when we see what we have now witnessed from the DOJ relative to the classified documents, and Joe Biden."