(CNS News) -- When asked if President Joe Biden’s trip to Saudi Arabia this week is appropriate, Sen. John Kennedy (R-La.) blasted the administration’s attempt to lower U.S. oil prices and stressed that doing so will not be possible until “Biden and his regulators get their boot off the neck of the oil and gas industries.”

On July 12, CNS News asked the senator, “Is it appropriate for President Biden to travel to Saudi Arabia to meet with the Crown Prince?”

While Kennedy supports the Biden administration’s efforts to “repair relations” with Saudi Arabia, he is skeptical that Biden’s past comments about the Crown Prince will help.

“I mean, is it ‘appropriate?’” he replied. “I think we obviously need to repair relations with Saudi Arabia. I don’t know what kind of reception he’s going to get after having called the…Crown Prince everything but an ignorant slut.”

The senator questioned the president’s understanding of how to lower the nation’s record high oil prices, adding that Biden “is floundering” and “won’t admit the obvious.”

It's time for gas retailers to pass the cost declines they’re feeling in the market onto American families at the pump. pic.twitter.com/ZvprQzWYBY

He stated, “I’m sure he’s going to ask the Crown Prince to sell more oil. I don’t know what it is that makes the president think that Saudi oil is cleaner than American oil. That doesn’t make any sense to me. I just think that the president is floundering, and he won’t admit the obvious.”

Today, the president again blamed gas retailers for charging more for gas than they pay for oil.

He has demanded that “the companies running gas stations” lower gas prices “to reflect the cost you’re paying for the product.” 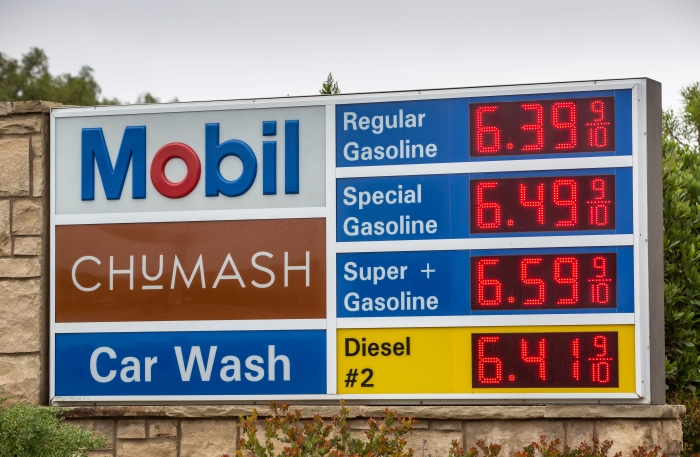 The U.S.’ retail gas price is currently averaging $4.75, according to YCharts, an investment research platform.

In a Washington Post commentary, Biden defended his decision to be the first president to fly from Israel to Jiddah, Saudi Arabia, calling it “a small symbol of the budding relations and steps toward normalization between Israel and the Arab world.”

He wrote, “I know that there are many who disagree with my decision to travel to Saudi Arabia. My views on human rights are clear and longstanding, and fundamental freedoms are always on the agenda when I travel abroad.”

Bipartisan critics pointed to Biden’s denouncement of Saudi leaders as “the pariah” in a 2019 Democratic debate.

When asked if he would punish senior Saudi leaders, Biden pledged he would make Saudi leaders “pay the price” for their reported killing of Washington Post contributor Jamal Khashoggi.

“We were going to in fact make them pay the price, and make them in fact the pariah that they are,” Biden said in the debate. “There is very little social redeeming value in the present government in Saudi Arabia.”

House Rep. Adam Schiff (D-Calif.) cited Saudi leaders’ human rights abuses for why the Crown Prince should not be visited, telling CBS News in June that he “should be shunned.”

“Now, I understand the degree to which Saudi Arabia controls oil prices,” Schiff said in an interview. “I think that's a compelling argument for us to wean ourselves off of reliance on foreign oil and on oil more globally, so we don't have despots and murderers calling the shots.”