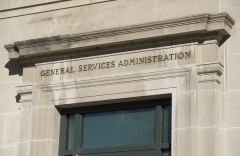 (CNSNews.com) – President Trump said on Monday evening that he has instructed his team and the General Services Administration to “do what needs to be done” to begin the transition process – even as he vowed to continue the “good fight.”

Minutes after the president announced that position on Twitter, the Biden camp issued a statement saying that GSA Administrator Emily Murphy “has ascertained President-elect Joe Biden and Vice President-elect Kamala Harris as the apparent winners of the election, providing the incoming administration with the resources and support necessary to carry out a smooth and peaceful transfer of power.”

“Today’s decision is a needed step to begin tackling the challenges facing our nation, including getting the pandemic under control and our economy back on track,” said Yohannes Abraham, executive director of the Biden-Harris transition. “This final decision is a definitive administrative action to formally begin the transition process with federal agencies.”

While Trump’s pair of tweets marked a significant shift, they did not amount to a concession of defeat in the election.

He began by expressing concern about Murphy – a Trump appointee in 2017 – who has reportedly been receiving threats for supposedly holding up the transition process.

“I want to thank Emily Murphy at GSA for her steadfast dedication and loyalty to our Country. She has been harassed, threatened, and abused – and I do not want to see this happen to her, her family, or employees of GSA,” Trump tweeted. “Our case STRONGLY continues, we will keep up the good ... fight, and I believe we will prevail! Nevertheless, in the best interest of our Country, I am recommending that Emily and her team do what needs to be done with regard to initial protocols, and have told my team to do the same.” 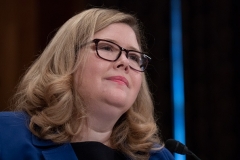 Under the Presidential Transition Act of 1963, the GSA is required to “provide office space and administrative support (such as information technology and communications capabilities) to a president-elect and vice president-elect.”