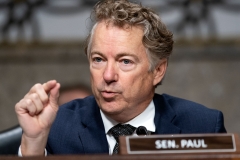 (CNS News) – During the first congressional hearing on gain-of-function research in relation to COVID, expert witness Dr. Richard Ebright, the board of governors professor of Chemical Biology at Rutgers University, revealed what he believes are the four driving incentives behind this work in the scientific community: It’s fast, easy, fundable, and publishable.

The Aug. 3 hearing was held by the Senate Subcommittee on Emerging Threats and Spending Oversight. Senator Rand Paul (R-Ky.), a medical doctor and critic of gain-of-function research, is the ranking member on the committee. 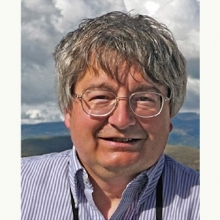 “Gain-of-function (GOF) research involves experimentation that aims or is expected to (and/or, perhaps, actually does) increase the transmissibility and/or virulence of pathogens,” according to a 2016 National Institute of Health report. In other words, it makes them easier to transmit to other humans.

Since the start of the COVID-19 pandemic, there has been an effort to reveal whether the National Institutes of Health (NIH) funded GOF research at the Wuhan Institute of Virology in China. In testimony before Congress in May 2021, Dr. Anthony Fauci, director of the National Institute of Allergy and Infectious Diseases (NIAID), which is part of the NIH, said, “The NIH and NIAID categorically has not funded gain-of-function research to be conducted in the Wuhan Institute of Virology.”

However, in October 2021, the NIH disclosed that it had funded GOF research on bat coronaviruses at the Wuhan Institute.

July 28th NIH says “no NIAID funding was approved for Gain of Function research at the WIV.”

Obviously, they were lied to.

NIH confirmed today EcoHealth and the WIV conducted GOF research on bat coronaviruses.
@PeterDaszak with EcoHealth hid it from the USG. pic.twitter.com/Ou3ZLKto0L

During yesterday’s hearing, Senator Josh Hawley (R-Mo.) asked Dr. Ebright and the other witnesses to explain why gain-of-function research is a popular choice among scientific researchers.

During the second round of questioning, Senator Ron Johnson (R-Tenn.) asked Dr. Ebright to elaborate on his statement from earlier: “And the thing that really concerns me, is […] research centers […] that are doing this gain-of-function research, for two, I mean very dangerous gain-of-function research for two completely unnecessary reasons: because it’s fundable and it’s publishable. […] So, you got a little greed involved, and you have hubris. Is that what you’re saying?”

“The research is performed because it’s fast, easy, fundable, and publishable,” Dr. Ebright clarified. “In the academic research ecosystem, those are determinants of what research gets pursued.”

“I view that as a very corrupt research ecosystem,” said Johnson. “If that’s what is driving research, and very dangerous research, so you can get a funding grant -- just to do something I guess just for grins, and then you can publish it and get the academic kudos for it -- I’m sorry, I just find that sick.”

Ebright conceded, however, that “the key point is, is that because of these incentives, self-regulation within the community is insufficient. The scientific research community will follow the incentives.”

“It will never effectively self-regulate on these issues,” he said. “We need regulations, with force of law, for gain-of-function research of concern.”

Sen. Johnson responded, “Again, I’m not hearing the benefit of this research. … I’m not seeing the benefit, other than, what you’re saying, for the researcher itself to just get money, to do something that’s dangerous, and have, again, the academic kudos for being published.”

The Aug. 3 hearing was the first one of its kind spearheaded by Sen. Paul, who has been openly critical of Doctor Fauci and the NIH’s actions throughout the COVID pandemic.

A complete video of the first hearing can be found on C-SPAN.