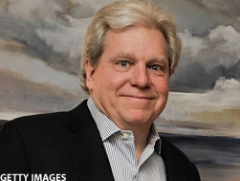 (CNS News) -- In response to left-wing Democrat pundit Joe Lockhart's suggestion that President Donald Trump may have had a stroke and hid it from the public, the Trump-Pence campaign said Lockhart was "knowingly pushing a conspiracy theory" to level the playing field with Joe Biden, and that "CNN should fire" Lockhart.

“CNN should fire Joe Lockhart, a lifetime failure who thought it was a great idea for fellow loser Michael Dukakis to put on that stupid helmet, for knowingly pushing a conspiracy theory about President Trump’s health," said the campaign in a statement released today.

"Great political expert that he is, Lockhart single-handedly sank the John Kerry campaign and now he’s doing the same to Joe Biden from a distance," said the release.

"If another CNN employee said similar things about Barack Obama they’d be fired immediately, so the same standard should be applied here," added the campaign.

"That is, of course, unless CNN is complicit in the smear campaign in order to level the playing field against Joe Biden, somebody who truly has lost a step," said the Trump-Pence campaign.

On Monday, Aug. 31, Lockhart tweeted, “Did @realDonaldTrump have a stroke which he is hiding from the American public?”

Joe Lockhart is a political analyst on CNN. Lockhart was a White House press secretary for Bill Clinton in 1998-2000. He was a spokesman for the failed presidential candidacies of Walter Mondale and Michael Dukakis.  Lockhart was an adviser to John Kerry's failed 2004 presidential run.