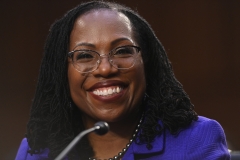 (CNS News.com) -- During today's confirmation hearings before the Senate Judiciary Committee, Supreme Court nominee Ketanji Brown Jackson said she did celebrate when Clarence Thomas was nominated to be a justice on the high court.

Thomas is the second black American to serve on the Supreme Court; Thurgood Marshall was the first. Judge Jackson is the first black female nominated to the court. If she is confirmed, it would be a historic step.

During the hearing on Tuesday, Sen. John Cornyn (R-Texas) asked the nominee, "Obviously, your nomination by President Biden is historic, and I congratulate you again -- I congratulated you previously -- and I think it's been long overdue. When Clarence Thomas, the second African-American, who was nominated to and confirmed [to] the Supreme Court, did you celebrate that as a historic event?

Judge Ketanji Brown Jackson: "I'm trying to remember where I was at the time -- I believe I did, yes."

Clarence Thomas, 73, was nominated to the Supreme Court by President George H.W. Bush in 1991. Over the years, Thomas has proven to be a reliable, strict constructionist associate justice. He is beloved by conservatives and reviled by liberals, especially the leftist media and left-wing academics. During his confirmation hearings, Thomas was relentlessly berated by then-Sen. Joe Biden (D-Del.), the current president of the United States. 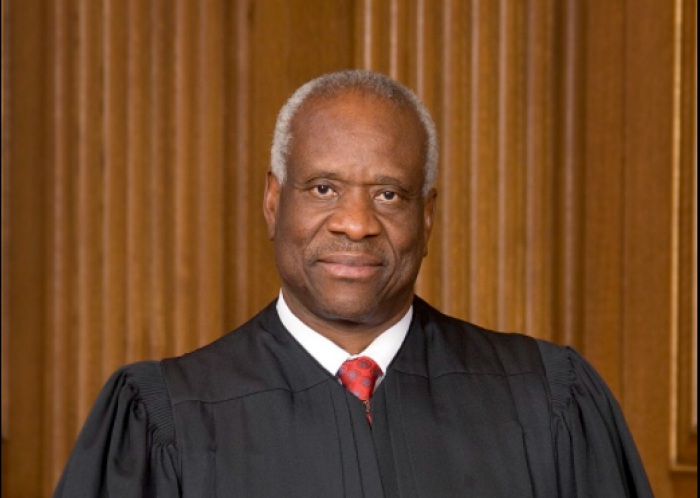 Ketanji Brown Jackson, 51, was nominated to the Supreme Court by President Joe Biden. She earned her A.B. and J.D. from Harvard University. She currently is a judge for the U.S. Court of Appeals for the District of Columbia. She is related, in-law, to former House Speaker Paul Ryan (R-Wisc.). Numerous left-wing organizations, including Planned Parenthood, have endorsed Jackson.

Conservative author and talk-radio host Mark Levin, who served in the Reagan Justice Department under Attorney General Edwin Meese, said Jackson is "a crazed, radical left-wing hack. Biden picked the most radical person he could. The most radical."