"Whereas Emma Weyant’s first-place medal was stolen from her by a man competing in women’s swimming: Now, therefore, be it Resolved, That the House of Representatives recognizes and honors Emma Weyant as the rightful winner of the 2022 NCAA Division I Women’s 500-Yard Freestyle," reads the resolution introduced by Rep. Boebert. 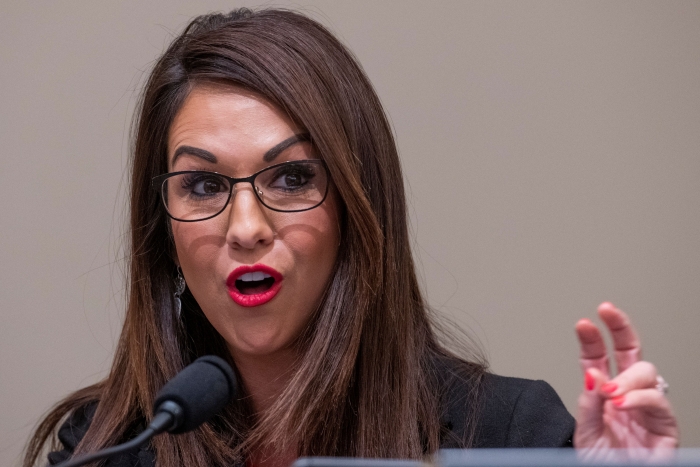 At the NCAA Division I Women's Swimming and Diving Championships on March 17, Lia Thomas (b. William Thomas), University of Pennsylvania, was allowed to compete as a woman in the 500-meter freestyle race because he is transgender -- he claims to identify as a woman.

Emma Weyant, a real woman, who won a Silver Medal in the 2020 Olympics and swims for the University of Virginia, competed against other women and Thomas at the event. Thomas came in first, Weyant was second, and Erica Sullivan came in third in the 500-yard freestyle race.

In a press release about her resolution, Rep. Boebert said, "Emma Weyant was the fastest woman competing in the 2022 NCAA Division I Women’s 500-Yard Freestyle, but her first-place win was stolen by a mediocre man who couldn’t cut it in men’s swimming."

"Emma is a world-class student-athlete whose strong performances in the Summer Olympics and 2022 NCAA Division I Women’s Swimming and Diving Championship speak for themselves," said Boebert.  "These victories, coupled with her leadership of other women on her team and her dedication to excellence are worthy of Congressional recognition. I will keep working to save women’s sports from woke ideology threatening to strip women of a level playing field.” 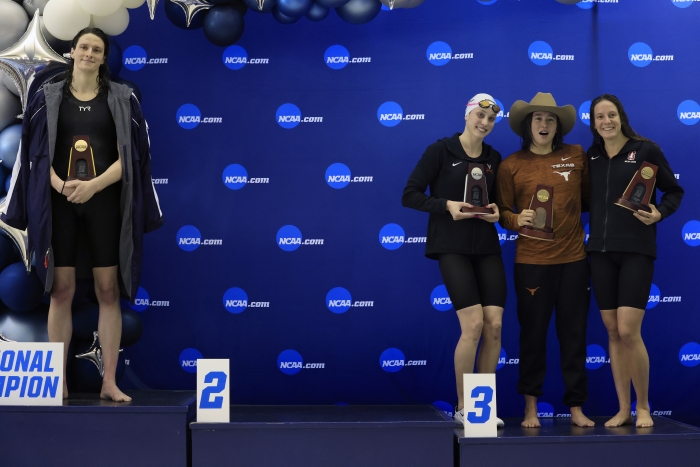 Transgender "woman" Lia Thomas (L) of the University of Pennsylvania stands on the podium after winning the 500-yard freestyle as other medalists (L-R) Emma Weyant, Erica Sullivan and Brooke Forde pose for a photo at the NCAA Division I Women's Swimming & Diving Championshipon March 17, 2022 in Atlanta, Georgia. (Photo by Justin Casterline/Getty Images)

Twenty-one other members of Congress joined in introducing the resolution to honor Weyant.

In the press release, Rep. Diana Harshbarger (R-Tenn.) said, “I am deeply disappointed that far-left ideology has gone so far as to help a man steal a deserved victory from a woman. What a regressive and dangerous lesson to teach our children. The only possible winner of the NCAA Division I Women’s 500-yard Freestyle competition is the woman who finished first, Emma Weyant. I am proud to join many of my colleagues to extend a sincere congratulations to such an important female role model.”

Rep. Andrew Clyde (R-Ga.) stated, “Emma Weyant was unfairly robbed of her true NCAA title – all because a biological male, Will ‘Lia’ Thomas, placed first in a women’s only race. The Left’s war on women is dangerous, illogical, and flat-out evil."

"We cannot allow woke nonsense to shatter dreams and undermine legitimate women’s accomplishments, which is why I’m proud to join Congresswoman Boebert in correcting this injustice," said Clyde. "Congratulations, Emma, on rightfully winning the 2022 NCAA Division I Women’s 500-Yard Freestyle!” 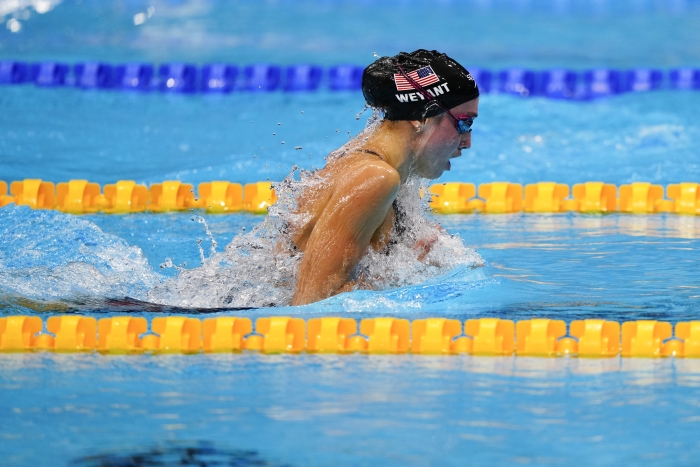 Rep. Vicky Hartzler (R-Mo.) said, “Emma Weyant worked her whole life to compete in the NCAA women's swimming championships — only to be beaten by a biological male. This is a travesty for women’s sports and sets a horrific precedent for our future generations of female athletes."

"As a high school athlete and former track coach, I am proud to be a champion for women’s sports and stand up against men stealing their medals and erasing their years of hard work," she added.  "Emma beat every woman in her race and deserves to be recognized as the rightful winner of the NCAA Division I Women’s 500-Yard Freestyle.”

On Thursday, President Joe Biden and his administration proclaimed March 31 as the Transgender Day of Visibility, to honor transgender Americans. 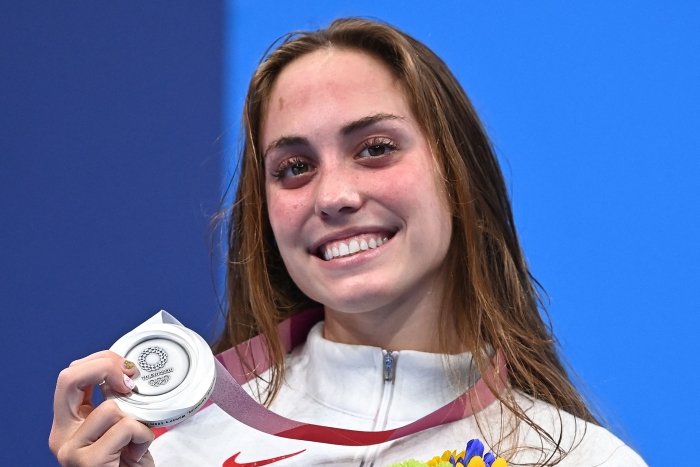 Silver medalist USA's Emma Weyant celebrates on the podium after the final of the women's 400m individual medley swimming event during the Tokyo 2020 Olympic Games at the Tokyo Aquatics Centre in Tokyo on July 25, 2021. (Photo by Jonathan Nackstrand, AFP, Getty Images)

"Today, we honor and celebrate the achievements and resiliency of transgender individuals and communities," reads the proclamation.  "Transgender Day of Visibility recognizes the generations of struggle, activism, and courage that have brought our country closer to full equality for transgender and gender non-binary people in the United States and around the world.  Their trailblazing work has given countless transgender individuals the bravery to live openly and authentically."

"This hard-fought progress is also shaping an increasingly accepting world in which peers at school, teammates and coaches on the playing field, colleagues at work, and allies in every corner of society are standing in support and solidarity with the transgender community," said Biden.