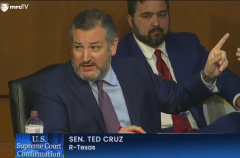 Sen. Cruz responded to the interruptions, saying, “I appreciate the chairman trying to filibuster. She is declining to answer the question…. I know you like to interrupt. I am going to ask my questions. If you want to testify, you are welcome…. Why are you not allowing her to answer the question? … Why don’t you want people to know what happened in the Stewart case or any of these cases? I have never seen the chairman refuse to allow a witness to answer a question. You can bang [the gavel] as loud as you want.”

A transcript of the exchange is published below.

Sen. Cruz: “I am asking you to take the opportunity to explain to this committee and the American
people why in 100% of the cases you have people with vile crimes, you have language saying they are vile crimes, but then you sentence them to very low sentences. And why you consistently, 100% of the time choose to do that?”

Judge Jackson: “No one case can stand in for a judge’s entire sentencing record. I have sentenced more than 100 people. You have eight or nine cases in that chart.”

Sen. Cruz: “Judge, you said that before.”

Chairman Durbin: “Judge, there is no point in responding. He is going to interrupt you.”

Sen. Cruz: “I appreciate the chair trying to filibuster. She is declining to answer the question. Chairman, if you want to join her on the bench you can. I am not interrupting your questioning.”

Chairman Durbin: “I am asking you to give her a chance to answer.” 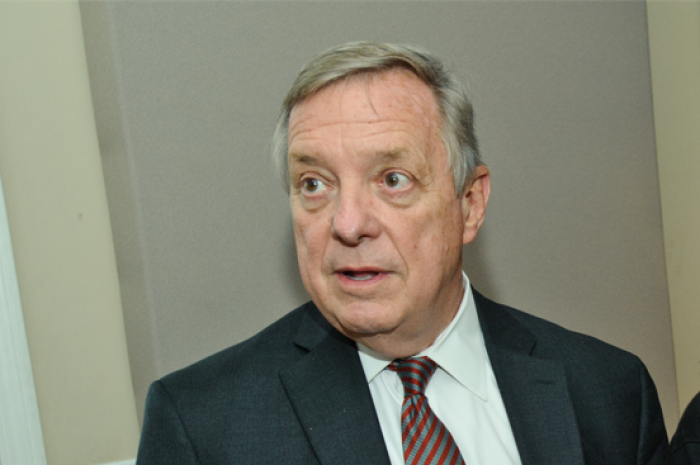 Sen. Cruz: “She is consistently saying she is not going to answer. I want to clarify for the record, the case I was talking about was Cooper and not Chazin. The case I was reading from your transcript is Cooper. Chazin, I pulled the wrong tap. Chazin is equally horrifying. The guidelines layout different enhancements and you say repeatedly you disagree with the guidelines, you think they are wrong. The two guidelines you disagree with is an enhancement for use of computer. You save the world is changing and all of things are on the computer. I understand but I don't agree with you. The second thing you say over and over again is an enhancement for the number of images. You say repeatedly whatever the state of the law when the guidelines were first adapted, neither the use of computer nor the number of images are especially aggravating factors today. I find that bizarre.

“You say that in every case. The number of images is not an aggravating factor. Do you believe a predator who has hundreds or thousands of images of hundreds or thousands of children being sexually violated has not committed an offense that is more serious than someone that has a single picture of a single child? A single picture of a single child is horrifying but hundreds that have been violated, you believe that is not a more serious offense?”

Judge Jackson: “I did not have any case involving hundreds of thousands of pictures.”

Judge Jackson: “I also applied an enhancement, just not to the degree of the guidelines.” 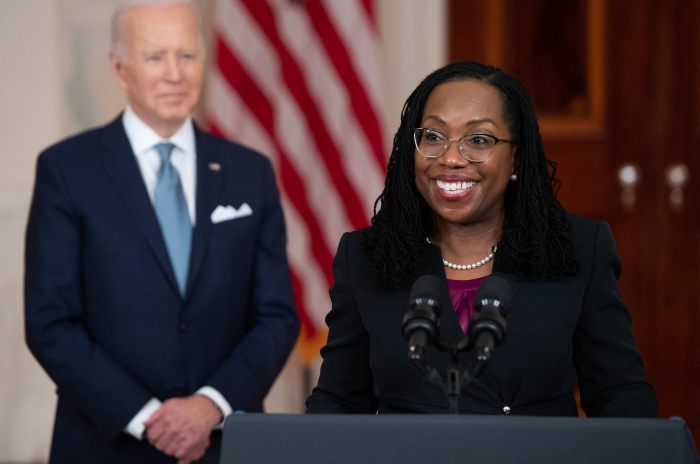 Sen. Cruz: “It is a five-point  degree on the guidelines, you provide two. You said the number of images doesn't reflect it is a more severe crime. Do you really believe that?”

Judge Jackson: “As I said to Senator Graham, the court has taken into account the number of circumstances. The commission has done a report about the operation of the guidelines, which enhancements actually reflect different levels of culpability.”

Sen. Cruz: “Let me ask you this, judge. You said the purpose of sentencing is to distinguish against crimes that are not as serious from truly agree just crimes. Is that right?”

Judge Jackson: “It is to assign proportional punishment. It is to do justice in cases where you have defendants who were convicted of the same conduct but have differing levels of culpability.”

Sen. Cruz: “I will point out you have a pattern that doesn't matter how egregious the case is. You had a case with an 18-year-old having pictures of boys as young as eight years old and you sentenced him to three months in jail. The Stewart case, you described he had over 6,700 images and videos. That is a lot of kids being sexually assaulted.”

Chairman Durbin: “You have taken –“

Sen. Cruz: “You have taken over one minute of my time. I know you like to interrupt. I am going to ask my questions. If you want to testify, you are welcome.”

Durbin: “You played to the same rules as every other senator.”

Durbin: “You are not recognized, senator.”

Durbin: “You have gone over your time for two minutes.”

Sen. Cruz: “You have interrupted me for two minutes. Chairman, you do not want her to answer why to the American people? Chairman, will you allow her to answer the question?”

“Why don't you want people to know what happened in the Stewart case or any of these cases? I have never seen the chairman refuse to allow a witness to answer a question. You can bang it [gavel] as loud as you want.”

Durbin: “At some point you have to follow the rules.”