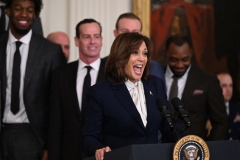 Vice President Kamala Harris speaks during a celebration for the Golden State Warriors 2022 NBA championship, in the East Room of the White House in Washington, DC, on January 17, 2023. (Photo by ANDREW CABALLERO-REYNOLDS/AFP via Getty Images)

“"How do you not overburden one city? How do you spread out this obligation, this national obligation that we have? El Paso is a beautiful city,” he told reporters at City Hall.

"Visually, it's a beautiful place. The city was overrun. It was unbelievable how we undermined the foundation of that city as they're grappling like many of us are with real problems, and so there must be a national czar," the mayor said.

"I think it should be done through FEMA. We should treat this the same way we treat any major disaster or major crisis. That should be coordinating with the Border Patrol, coordinating with our cities, our states, to make sure that we as a country absorb this national issue, and that's what I learned when I was on the ground there. The lack of coordination is really causing this to be hit by certain cities,” he said.

Meanwhile, the Border Patrol Union is calling for the vice president to be fired.

“If you were given a job 2 years ago with the explicit goal of reducing illegal immigration, and then you sit around and do nothing while illegal immigration explodes to levels never seen before, you should be fired and replaced. Period,” the group tweeted on Tuesday. 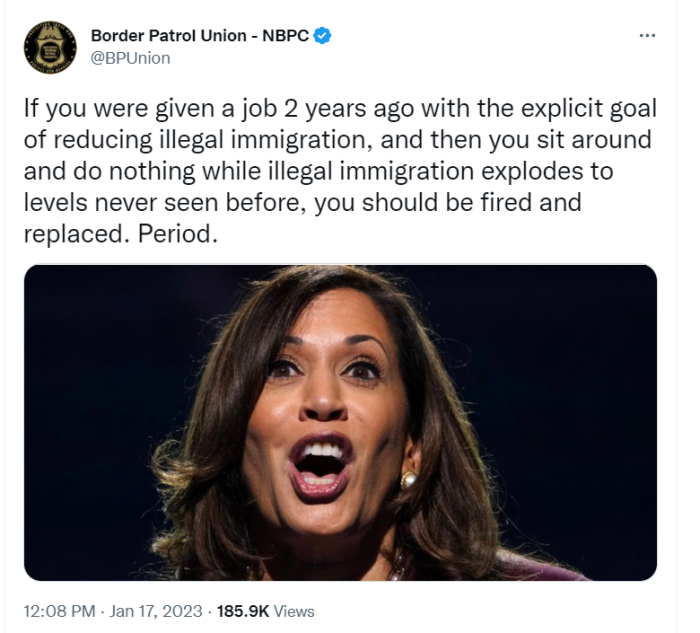