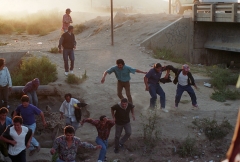 (CNSNews.com) – President Joe Biden’s immigration ban on deporting criminal illegal immigrants will essentially turn the entire country into “a sanctuary jurisdiction” and will lead to people being killed, raped, and victimized by criminals that shouldn’t even be here, former ICE Director Tom Homan said Wednesday.

“President Biden declared the entire country a sanctuary jurisdiction, which means more tragedy’s going to come. Mark my words. People will die. People will be raped. People will be victimized by criminals that shouldn't even be here,” Homan told Fox News’s “Fox and Friends.”

Homan said that a planned sex offender operation involving illegal immigrants had to be called off because of Biden’s ban.

“There’s a national sex offender operation planned last week called Operation Talon. They were targeting the arrest of sexual -- convicted sexual offenders, including child molesters. They canceled the operation on the heels of this memorandum. So it's already starting. We have sexual predators who are here illegally walking the streets in our communities because of the actions of this administration,” he said.

Homan called Biden’s immigration policy “the most anti-law enforcement, pro-criminal policy that I could ever imagine in my worst nightmare.”

“You know, there is no reason to reprioritize what ICE does. If they would have clearly looked at the data, 91 percent of everybody ICE arrests are either convicted criminals or of pending criminal charges. What they did, they took 95 percent -- that's not an exaggeration. Ninety-five percent of the criminals ICE have arrested are now off the table. They're free in the community,” Homan said.

“What kind of message does that send the rest of the world? Come to the country illegally, if you can get past Border Patrol. Don't commit an aggravated felony, and you’re home free. You get to stay, because ICE is not looking for you. It's no longer illegal to be here illegally. In my 34 years doing this job, I started as a Border Patrol agent. I climbed the ladder to being the ICE director, first one to climb up through the ranks,” he said.

“When I read this policy. This is the most anti-law enforcement, pro-criminal policy that I could ever imagine in my worst nightmare. I cannot believe they put this in writing. This is sending a message to the rest of the world. The border is surging, and in the memo, it said we have to do this. We have to redeploy resources at the border to deal with the asylum cases,” Homan said.

“They fail to mention the surge at the border is of their own making because of their promises and their enticements. That's why there's a surge at the border, but they want this. This is designed to be this way. They're bringing millions of people into this country who will now be counted on the Census, ‘cause Joe Biden overturned that, which leads to seats in the House, Electoral College, and elections. This is power over public safety - the quest for power over protecting American citizens,” he said.