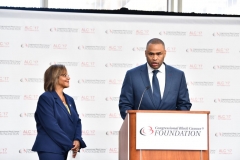 (CNSNews.com) - Rep. Marc Veasy (D-Texas) on Sunday compared a provision of Texas’s election integrity bill SB 7 to “The Birth of a Nation,” a movie that glorified the Ku Klux Klan.

“It's really sad and a shame that the Texas Senate and the Texas House is sending this bill to the governor's office that is going to be the most restrictive bill in the entire country. You just went over some of the provisions in there - restricting voting on Sunday,” the congressman told MSNBC’s “PoliticsNation.”

“That's our big Souls to the Poll push that we’ve had in Texas for a long time, bans 24-hour early voting, and I think really the worst one of all, which is based on the big lie, and that's allowing a judge to overturn an election. I'm calling that the Birth of a Nation provision that they put in there, because it's based on complete lies and treachery on African-Americans voting --- illegally voting and stuffing the ballot box,” he said.

“We’re never going to have the sort of racial unity that we need to have in this country if Republicans are going to continue to try to cast themselves as victims of voter fraud when what in reality is happening, and has been happening since the 1800s, is that people in power in this country have tried to use voter suppression laws to stop black people from voting, and that's exactly what is taking place in Texas right now,” Veasey said.

He characterized redistricting as an attempt to dilute the black vote, adding that it will be “the worst redistricting” attempt ever seen in history.

“You look at what's happening now in Texas, and people need to understand that what’s about to occur in federal redistricting is going to be just a continuance of what we're seeing right now, and silencing black voters across the country. They want to use redistricting in order to pack us into as few districts as possible and to split us when necessary, and we absolutely do have to pass HR 4,” Veasey said.

“HR 1 is important too, because it takes away the right to redraw these lines by these racist state legislatures. But HR 4 is also important, because it restores the Voting Rights Act, and that will keep them about as honest as you can, because otherwise, this is going to really just be probably the worst redistricting that black people in this country have ever had since the existence of our country, to be honest with you,” he said.