Cruz: Pelosi Wants to Shovel Cash to Her Friends, Shut Down America 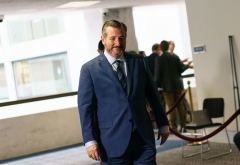 Cruz said he’s still not on board with a bill that the GOP plans to introduce on Monday to provide another round of coronavirus relief.

“I am not. We have right now two simultaneous national crises. We have a global pandemic. It is serious. It has taken the lives of over 600,000 people. We need to do significantly more to fight the disease. At the same time, we have an absolute economic catastrophe. We have over 44 million Americans have lost their job, and we have got to get America back to work,” the senator said.

“Unfortunately, I just listened to your interview with Speaker Pelosi. Her objectives are focused on neither of those. Her objectives are shoveling cash at the problem and shutting America down, and, in particular, you look at the $3 trillion bill she is trying to push. It's just shoveling money to her friends and not actually solving the problem. Our objective should be Americans want to get back to work. They want to be able to provide for their family,” he said.

When asked whether he objects to a federal boost to unemployment, Cruz said that it provides a disincentive for people to return to work, because “for 68 percent of people receiving it right now, they are being paid more on unemployment than they made in their job.”

The senator said that “instead of just shoveling trillions out the door,” Congress should pass a recovery bill.

“Well, as the Treasury secretary said this morning that you could have five, six, seven other bills coming along that include things like a payroll tax but this time, unemployment, in particular, is something that he said needs to be extended. And according to our latest CBS poll, it's very popular. Seventy-four percent of Republicans approve more stimulus and added benefits. Ninety-two percent of Democrats. Eighty-two percent of independents. So Republicans do have the burden of governing right now. Why aren't you onboard with this?” host Margaret Brennan asked.

Cruz said he’s “on board with restarting the economy.”