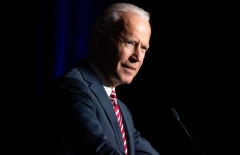 In an interview with “Outnumbered,” Fleischer said, “I think the key issue is Tara Reade herself, and it shocks me and amazes me that no media networks have been trying to put her on, other than Fox News. ABC, NBC, CBS, CNN, MSNBC, they would normally die to interview the woman who was accusing a prominent politician of sexual abuse,” Fleischer said.

“Here, they just won't put her on. They're not interested in her story. The double standard is so thick. If she was accusing a Republican, they'd be rushing to put her on, but they are shielding Joe Biden. This is the breakdown of the media. That's what I'm afraid of, and why this is really not going to have legs. The press won't let it have legs,” he said.

“This notion that there could be computer searches, records. It was all paper back then. There was very little computerization, it was in its infancy. Email had just started when I was actually in the Senate, so It is a stretch to think we’ll find anything ever,” Fleischer said.

“I can't help but wonder if Joe Biden knew that when he created this circular loop of, ‘You can't go to Delaware, but he can go to the Senate. Ah ha, the senate doesn't have anything to offer you,’ but I think the absence of a piece of paper that’s 30 years old doesn't prove or disprove anything. It doesn't disprove anything if it's absent,” he said.

As far as President Donald Trump goes, Fleischer said he was “surprised” to hear him say that Reade sounds credible.

“Frankly, if I was the president, I would just stay out of that. This is what we've got into with Kavanaugh. Was it credible? Was it not? Were their corroborating witnesses? I think the president uniquely should stay out of that and let the American people see what Tara Reade has to say. Let the people be that judge by themselves,” Fleischer said.