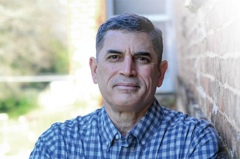 (CNS News) -- When asked if he would read all 2,456 pages of the Build Back Better Act before voting on it, House Rep. Andrew Clyde (R-Ga.) said, “Is it possible to read the entire bill?”

At the U.S. Capitol on Wednesday, CNS News asked the congressman, “The Build Back Better Act the House Budget Committee approved is 2,456 pages long, will you read the entire bill before you vote on it?”

“I prefer to sit and read things, all right?” said Clyde. “Now, you can get to a certain point in it where you realize that what’s in this bill is just not good. And at that point, you can probably stop reading. But I’m of the opinion that I read things before I vote on them, or at least staff helps me read it. So that’s kind of where I am.”