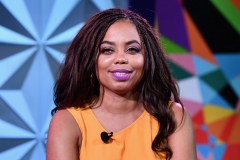 (CNS News) -- Sports journalist Jemele Hill, a contributor to The Atlantic, accused Sen. Joe Manchin (D-W.Va.) of upholding white supremacy on Sunday, after he announced that he would vote against the partisan “For The People Act,” H.R. 1, and for stating his opposition to ending the filibuster in the U.S. Senate.

“This is so on brand for this country,” tweeted Hill.  “Record number of black voters show up to save this democracy, only for white supremacy to be upheld by a cowardly, power-hungry white dude. @Sen_JoeManchin is a clown.”

This is so on brand for this country. Record number of black voters show up to save this democracy, only for white supremacy to be upheld by a cowardly, power-hungry white dude. @Sen_JoeManchin is a clown. https://t.co/fCMuyoLer3

Hill’s response was sparked by a commentary by Manchin, in which he detailed his opposition to the “voting-reform” bill in The Charleston Gazette-Mail.

“Voting and election reform that is done in a partisan manner will all but ensure partisan divisions continue to deepen,” wrote Manchin.

“Democrats have again proposed eliminating the Senate filibuster rule in order to pass the For the People Act with only Democratic support,” he said.  “They’ve attempted to demonize the filibuster and conveniently ignore how it has been critical to protecting the rights of Democrats in the past.”

Manchin then reminded readers of 2017, when he wrote, “President Donald Trump was publicly urging Senate Republicans to eliminate the filibuster,” and thirty-three Democratic Senators took it upon themselves to write Chuck Schumer (D- N.Y) and Mitch McConnell (R-Ky) letters in support of the filibuster.

Manchin said that H.R. 1 is a partisan venture, and that is the reason it lacks Republican support.

“Yes, this process can be frustrating and slow,” wrote Manchin. “It will force compromises that are not always ideal. But consider the alternative. Do we really want to live in an America where one party can dictate and demand everything and anything it wants, whenever it wants?”

Hill once anchored a show on ESPN’s Sports Center, but now contributes to The Atlantic.

Been reading Isabel Wilkerson’s new book, “Caste,” and if you were of the opinion that the United States wasn’t nearly as bad as Nazi Germany, how wrong you are. Can’t encourage you enough to read this masterpiece.

She has a history of controversial and offensive comments not unlike the one she made about Manchin.

In 2020, Jemele Hill suggested that the United States was “as bad as Nazi Germany,” in a tweet.

In another tweet, Hill said “If you vote for Donald Trump, you are a racist. You have no wiggle room.”

If you vote for Donald Trump, you are a racist. You have no wiggle room.

Back in 2017, Hill gained notoriety for infamously tweeting that Donald Trump was a white supremacist. She seems to enjoy reusing material.