Is a 15-Week-Old Unborn Baby a Human Being? Sen. Ted Cruz: ‘Absolutely’ 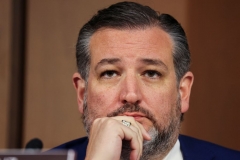 (CNSNews.com) - Sen. Ted Cruz (R-Texas) said Wednesday “the science is clear” that an unborn, 15-week-old child is “absolutely” a human being.

At the U.S. Capitol on Wednesday, CNS News asked Senator Cruz, “The Supreme Court this fall will review a Mississippi law that bans most abortions after 15 weeks of pregnancy. Is an unborn baby at 15 weeks a human being?”

CNS News then asked Cruz what he has to say to his colleagues who refuse to answer that question, to which the senator replied, “The science is clear. I believe life begins at conception and that we should protect every human being from conception to natural death. That life is a precious gift from God.”

“The Supreme Court, beginning with Roe. v. Wade, began this country on a path that has tragically taken the lives of over 60 million unborn children,” he continued.

The Supreme Court will hear arguments in Dobbs v. Jackson Women’s Health Organization this fall. Specifically, the court will seek to decide "whether all pre-viability prohibitions on elective abortions are unconstitutional."

The Mississippi law has been challenged in the lower courts and the state lost in those rulings.

The Supreme Court's decision in this case could undercut Roe v. Wade or strengthen it, depending on how the justices rule.