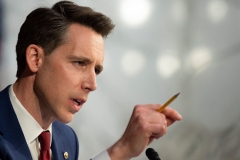 (CNS News) – During an Aug. 4 hearing, Sen. Josh Hawley (R-Mo.) repeatedly challenged FBI Director Christopher Wray to explain why his agency is now asking “for the names of concealed-carry permit holders in the state of Missouri,” something the FBI has never done in the past.

Wray said the request about permit holders was part of a routine audit to ensure the system was operating properly but he could not explain why the FBI is now asking for people’s names.

Hawley pushed back stating “you’re not answering my question,” and noted that Wray was “under oath” and was “not prepared to answer” the question, even though his office had sent Wray a succinct letter about the issue on July 29.

In the exchange before the Senate Judiciary Committee, Hawley asked Wray, “Why are you asking for [this information] now, from the state of Missouri, from our sheriffs, when you didn’t ask for it in the past?”

Wray replied, “Again, I'm going to have to get more information to be able to provide you a written response to your letter.”

Hawley also asked, “What -- what could you possibly be doing, I mean, with the personal information of these individuals -- let me ask it this way. Are you doing this in other states as well or are you going to other states and asking for concealed records, a concealed-carry permit records in other states too? Or is it just Missouri?”

Wray answered, “I know we are doing audits, these routine audits in some other states, but I don't know, I think it's a function of different state laws as to what exactly is within scope in terms of the use of the system.”

Hawley explained that it was against Missouri law for its sheriffs to turn over the personal information of concealed-carry permit holders to any state or federal official.

“[I]n the state of Missouri only the sheriffs have these concealed-carry records because Missouri law explicitly forbids concealed-carry permit information to be turned over to state officials or to federal officials for reasons that you can surely understand,” said the senator. 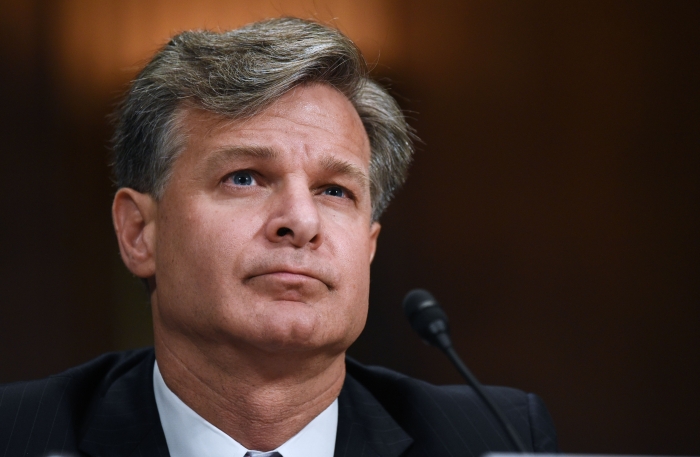 “We've seen recently what's happened in California, for instance, when gun owners are exposed, their personal information put out into the public record. So I just want to understand why it is the FBI is now seeking from our sheriffs, and we're talking about multiple sheriffs who have comment -- who have contacted me, who have contacted other state officials, who have spoken to the press saying that the FBI is now asking for the names of concealed-carry permit holders in the state of Missouri.”

Wray, again, said he did not have all the details or facts in front of him and would respond to Hawley by letter.

“I really want to be careful not to speak when I don’t have all the facts,” said Wray.

The back-and-forth continued and Hawley eventually said, “Okay, so you're not going to answer my questions.” He added, “you’re under oath and you’re not prepared to answer them.”

“I'm disappointed, frankly,” said Hawley.  “I sent you this letter days ago. This has been on your radar screen. The attorney general of our state sent you a letter before that. You've known about this. This is of significant concern. It directly affects Missouri state law.”