Sen. Cornyn: Gay ‘Marriage’ Already is ‘Law of the Land,’ Settled by SCOTUS

(CNS News) -- When asked if a baby has a right to a mother, or if two fathers offer the same benefits to children as a father and a mother, Senator John Cornyn (R-Texas) did not answer directly but referred to the Supreme Court’s ruling in Obergefell v. Hodges, which legalized homosexual marriage nationwide.

At the U.S. Capitol on July 21, CNS News asked Senator Cornyn, “The House passed the Respect for Marriage Act, which requires all states to recognize same-sex marriages from other states. Do you believe that a baby has a right to a mother? Or are two fathers just as good as a mother and a father?”

Cornyn replied, “It’s already the law of the land. I think it’s a contrived issue because the Supreme Court decided the issue, so I don’t see any reason for the Congress to act.”

On July 19, the House voted to pass the Respect for Marriage Act, which gives “gay marriages” the same legal standing nationally as marriage between one man and one woman. Rep. Jerry Nadler (D-N.Y.) and other Democrats sponsored the bill in reaction to the Supreme Court ruling in Dobbs v. Jackson Women’s Health Organization, which overturned Roe v. Wade.

Democrats’ claimed that the legal reasoning used in the Dobbs case could be used to overthrow Obergefell v. Hodges. The bill passed 267-157 in the House, with 47 Republicans voting yes, including Reps. Liz Cheney (Wyo.), Adam Kinzinger (Ill.), and Elise Stefanik (N.Y.)

The Respect for Marriage Act, as it reads, would “repeal the Defense of Marriage Act and ensure respect for State regulation of marriage, and for other purposes.” The bill’s summary reads, “Specifically, the bill repeals and replaces provisions that define, for purposes of federal law, marriage as between a man and a woman and spouse as a person of the opposite sex with provisions that recognize any marriage that is valid under state law. (The Supreme Court held that the current provisions were unconstitutional in United States v. Windsor in 2013.)” 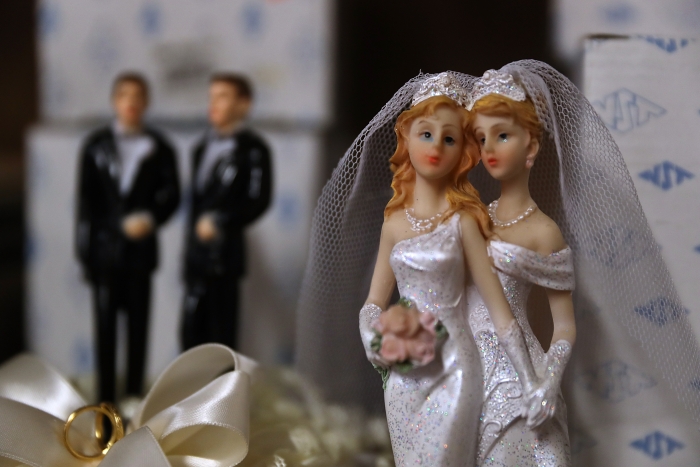 The Defense of Marriage Act (DOMA) was signed into law in 1996 by President Bill Clinton. DOMA stated marriage was solely the union of a man and woman.

In 2013, the Supreme Court ruled (5-4) that Section 3 of DOMA was “unconstitutional and that the federal government cannot discriminate against married lesbian and gay couples for the purposes of determining federal benefits and protections,” explained the ACLU of New York.

The Biden administration has expressed strong support for the Respect for Marriage Act.

In a statement released Tuesday, the White House said, “No person should face discrimination because of who they are or whom they love, and every married couple in the United States deserves the security of knowing that their marriage will be defended and respected.”

Currently, the Respect for Marriage Act is in the Senate. To overcome a Republican filibuster, which is expected, Democrats need to pick up 10 GOP senators to bring debate to an end with 60 votes. The Senate is split 50-50.