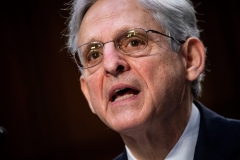 (CNS News) -- Although 20 Senate Republicans voted to confirm Merrick Garland as attorney general of the United States on March 10, most of the conservative GOP senators voted nay. Going into the vote, some leaders in the conservative movement told CNS News why they opposed Garland.

In a March 2 open letter from the Conservative Action Project, 68 conservative leaders urged Republicans in the Senate to oppose Garland’s confirmation.

The letter cited Garland’s ambiguity over the law on whether attacking a federal court house at night or during the day constitutes “domestic terrorism”; his unwillingness to condemn remarks that “black people are genetically superior to white people”; and his unwillingness to denounce the comment that “any pro-life advocate is unfit for office.”

“The Attorney General of the United States, as the nation’s highest law enforcement officer, has a solemn duty to uphold the law – which includes both its equal and impartial enforcement, as well as forceful rebuttals against the weaponization of our justice system as a vehicle for raw political power,” reads the letter.  “We are unconvinced of Merrick Garland’s suitability to this task. We urge Senate Republicans to oppose his nomination.” 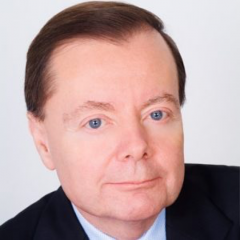 In an email to CNS News, Gary L. Bauer, president of American Values, said, “Based on his responses before the Senate Judiciary Committee, I do not believe that Judge Merrick Garland is qualified to lead the Justice Department.

“Judge Garland claimed to have no opinion on the issue of illegal immigration. He said he had no idea that drug cartels were exploiting our lax asylum laws. Garland said he would make domestic terrorism a top priority, but he made absurd excuses for Antifa.

“He refused to say that he would enforce Title IX protections for young girls and women.  He defended the nomination of Kristen Clarke, who has expressed extreme views, to lead the Justice Department's Civil Rights Division. Garland expressed positions hostile to Second Amendment rights, and he has promoted abortion rights for illegal immigrants, which isn't surprising considering he was Barack Obama's choice for the Supreme Court.

“Based on any one of these issues, no conservative or moderate senator should even consider supporting Merrick Garland for attorney general.”

Katherine Beck Johnson, Research Fellow for Legal and Policy Studies at the Family Research Council, told CNS News, “Judge Garland has no track record to prove that he will defend religious freedom or protect unborn life. Attorney General Barr was an ardent defender for our most important rights and we are disappointed to see the Department of Justice, under Garland, inevitably further a liberal agenda that is hostile to our most cherished rights.”

Sen. Tom Cotton (R-Ark.), who voted against Garland’s confirmation, wrote on Twitter, “Judge Garland has refused to answer basic questions, including whether illegally entering the country should remain a crime…. During his hearing, Judge Garland said he thinks the death penalty is unfairly applied…. I asked him for examples, and he said he is not familiar with the specific circumstances of the murderers on federal death row (including Dylann Roof and the Boston Bomber).”

Conservative talk-radio host and best-selling author Howie Carr commented on Garland by citing his response to Sen. Josh Hawley’s (R-Mo.) question, “Do you believe that illegal entry at America’s border should remain a crime?”

“What a boob” said Carr. “No wonder Obama wanted him on the Supreme Court. He’s a regular Sgt. Schultz from ‘Hogan’s Heroes.’ He knows nothing.”

Thirty Republican senators voted against the confirmation and 20 voted in favor of Garland.