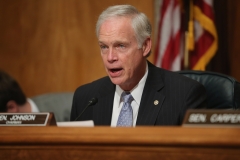 (CNS News) -- When asked whether he will read all 2,702 pages of the infrastructure bill before voting on it, Senator Ron Johnson (R-Wis.) said, “It’d be pointless” to do so because he already knows he will vote against it.