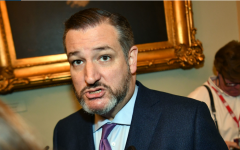 (CNS News) -- When asked whether he will read all 2,702 pages of the infrastructure bill before voting on it, Senator Ted Cruz (R-Texas) said, “Nope,” because “I don’t need to read 2,700 pages to know why I’m going to vote no.”

“$1.2 trillion dollars is way too much money, and it would be one thing if this bill were offered in exchange for not taking up the Democrats’ massive tax and spending $3.5 trillion-dollar bill immediately thereafter, but that’s not how this bill is being put forward,” he said. “This bill is being put forward on top of the Democrats’ $3.5 trillion-dollar tax and spend bill.”

Senator Cruz expressed his concern over how the bills would affect the current and future state of the nation’s economy.

“We are bankrupting the country,” he said. “We are seeing inflation rising all across the nation. We’ve already spent $2 trillion dollars that Democrats are ー there’s an old line that Democrats are spending like drunken sailors, although, as Reagan observed, that’s not fair to the sailors because at least they’re spending their own money.”