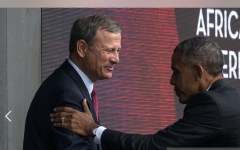 (CNSNews.com) - The Supreme Court on Friday declined to issue an injunction against a directive issued by Nevada Gov. Steve Sisolak (D.) that imposes harsher COVID-19 pandemic-control restrictions on churches than on casinos or bowling alleys.

The court split 5-4 on whether to grant the injunction, with Chief Justice John Roberts joining Justices Elena Kagan, Ruth Bader Ginsburg, Stephen Breyer and Sonia Sotomayor in voting against it. (This majority did not issue a written opinion explaining their rationale.)

Under the governor’s order, certain commercial enterprises—including casinos and bowling alleys—can admit crowds equal to 50 percent of their total capacity as the COVID-19 pandemic continues.

Churches, by contrast, are only allowed to admit a maximum of 50 people for a service—regardless of how large the church is.

Calvary Chapel Dayton Valley, a Nevada church, put together a plan that would have allowed 90 people to attend services there. They then sought an injunction against the governor’s order that they only be allowed 50 people to enter the church.

In an opinion he filed dissenting from the court’s 5-4 decision not to grant the injunction, Justice Samuel Alito explained what the church had done to safely admit 90 people.

“It wishes to host worship services for about 90 congregants, a figure that amounts to 50% of its fire-code capacity,” wrote Alito.

“In conducting these services, Calvary Chapel plans to take many precautions that go beyond anything that the State requires,” he said.

“In addition to asking congregants to adhere to proper social distancing protocols, it intends to cut the length of services in half,” Alito said. “It also plans to require six feet of separation between families seated in the pews, to prohibit items from being passed among the congregation, to guide congregants to designated doorways along one-way paths, and to leave sufficient time between services so that the church can be sanitized. According to an infectious disease expert, these measures are “equal to or more extensive than those recommended by the CDC.”

“Yet hosting even this type of service would violate Directive 21, Nevada Governor Steve Sisolak’s phase-two reopening plan, which limits indoor worship services to ‘no more than fifty persons,’” wrote Alito.

“Meanwhile,” said Alito, “the directive caps a variety of secular gatherings at 50% of their operating capacity, meaning that they are welcome to exceed, and in some cases far exceed, the 50-person limit imposed on places of worship.”

“The Constitution guarantees the free exercise of religion. It says nothing about the freedom to play craps or blackjack, to feed tokens into a slot machine, or to engage in any other game of chance,” says Alito.

“But the Governor of Nevada apparently has different priorities” he says.

“Calvary Chapel argues that the Governor’s directive violates both the Free Exercise Clause and the Free Speech Clause of the First Amendment, and I agree that Calvary Chapel has a very high likelihood of success on these claims,” Alito concluded.

“I would issue an injunction barring the State, pending appeal, from interfering with worship services conducted at Calvary Chapel in accordance with its stated plan and the general facemask requirement,” Alito said.

Justice Gorsuch wrote a one-paragraph dissent that summarized the case. He said:

“This is a simple case. Under the Governor’s edict, a 10- screen “multiplex” may host 500 moviegoers at any time. A casino, too, may cater to hundreds at once, with perhaps six people huddled at each craps table here and a similar number gathered around every roulette wheel there. Large numbers and close quarters are fine in such places. But churches, synagogues, and mosques are banned from ad- mitting more than 50 worshippers—no matter how large the building, how distant the individuals, how many wear face masks, no matter the precautions at all. In Nevada, it seems, it is better to be in entertainment than religion. Maybe that is nothing new. But the First Amendment prohibits such obvious discrimination against the exercise of religion. The world we inhabit today, with a pandemic upon us, poses unusual challenges. But there is no world in which the Constitution permits Nevada to favor Caesars Palace over Calvary Chapel.”