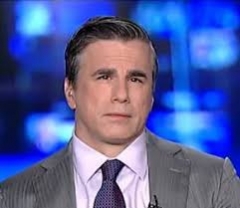 (CNS News) -- Tom Fitton, president of the government watchdog group Judicial Watch, said in a statement that "Joe Biden is not 'president-elect'" despite what the liberal media claim, and they do not have the constitutional authority to declare the winner of a presidential election.

"It is not normal for multiple states to be counting presidential votes for days after Election Day. And it raises significant concerns about the validity of post-election counts.

"Meanwhile, the media, including social media like Twitter and Facebook, are inaccurately labeling Biden is president-elect. No official sources have called the election. Federal law and the Constitution limit official sources to state officials, the Electoral College, and, ultimately, Congress.

"Judicial Watch has long warned of the chaos and increased risk of fraud from recklessly mailing 100 million ballots and ballot applications. Our most recent research, in September, revealed that 353 U.S. counties had 1.8 million more registered voters than eligible voting-age citizens. In other words, the registration rates of those counties exceeded 100% of eligible voters.

"In Pennsylvania, our litigation to clean up dirty voting rolls there uncovered 800,000 “extra” names on the rolls. ...

"Federal law seems clear that the presidential contest was supposed to be decided by Election Day. For example, 3 U.S. Code § 1 states:

"On Election Day, President Trump had the votes to win the presidency. These vote totals were changed because of unprecedented and extraordinary counting after Election Day.

"... Thankfully, the Constitution does not give the media the ability to declare the winner of a presidential election."