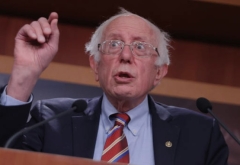 (CNSNews.com) - After the Supreme Court overturned Roe v. Wade in its decision in Dobbs vs. Jackson Women’s Health, Sen. Bernie Sanders, the Vermont socialist, put out tweets calling for the codification of Roe v. Wade.

“Overturning Roe v. Wade and denying women the right to control their own bodies is an outrage and in defiance of what the American people want,” said Sanders in a tweet on June 24.

“Democrats must now end the filibuster in the Senate, codify Roe v. Wade, and once again make abortion legal and safe,” he said.