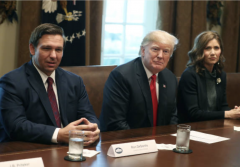 (CNSNews.com) - The number of people working for government in the United States declined by 268,000 in October even as overall employment in nation increased, according to the Bureau of Labor Statistics’ monthly employment report.

The decline of government workers occurred as temporary Census workers were let go and employment dropped in government schools.

“Employment in government declined,” the BLS.