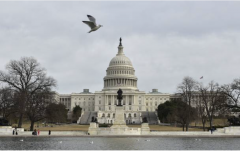 Federal government employment is impacted every ten year by the decennial Census. “Every 10 years, the U.S. Census Bureau carries out a count of every resident in the United States, including Puerto Rico and the U.S. island territories,” said an BLS analysis published. “To accomplish this task, the Census Bureau hires a large number of temporary workers for short periods.”