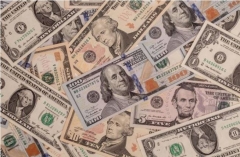 (CNSNews.com) - Median household income in the United States rose to a record $68,703 in 2019, according to data released by the U.S. Census Bureau in its Current Population Survey Annual Social and Economic Supplement (CPS ASEC).

Because of the COVID-19 pandemic and changes in recent years to the manner in which the Census Bureau surveys household income (which it has been estimating since 1967), the bureau this year addressed questions about whether or not the 2019 median household income could indeed be considered a record high.

The bureau determined that according to its current estimate the 2019 median household income of $68,703 is in fact a record.

“The U.S. median household income was $68,703 in 2019, 6.8% higher than in 2018, according to U.S. Census Bureau statistics,” Jonathan Rothbaum of the Income Statistics Branch of the Census Bureau wrote in an essay on the income estimate.

“That’s the highest median U.S. household income since we began recording it,” he said. “But the COVID-19 pandemic affected who responded, potentially biasing the estimate upward.

“So, was household income last year really the highest on record?” Rothbaum asked.

“Given data-collection challenges curing the pandemic, we are concerned about bias in the 2019 estimate,” he said. “So we have to ask how much income would have had to grow from 2018 for 2019 to lead to the highest ever income.

“We are currently researching the full impact of the pandemic and have tested various methods for adjusting for this bias,” Rothbaum said.

The Census Bureau also changed the questions it asks in it income survey in 2014 and in 2019 changed it processing system for the data collected.

“The new questionnaire led to a 3,17% increase in median income, while the impact of the new processing system was not statistically significant,” Rothbaum said.

The bottom line: “With or without the adjustments, income in 2019 was significantly higher than in all years shown and for every year since the data was collected.”

Below is a screen capture of the concluding paragraph and chart in the essay on the Census Bureau's 2019 estimate of median household income by the bureau's Jonathan Rothbaum: