WH Spokeswoman: Twitter Files Are a 'Distraction...Old News'; 'It's Not Healthy' 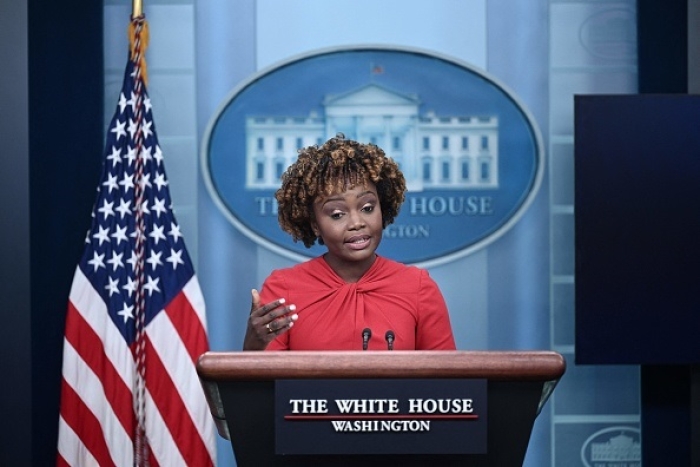 (CNSNews.com) - Was it "appropriate" for Twitter to censor the Hunter Biden laptop story ahead of the 2020 election?

A reporter asked that question at Monday's White House press briefing, three days after Twitter owner Elon Musk released information showing that Twitter executives decided to suppress the Hunter Biden story for supposedly violating its "hacked materials" policy. But the story, published by The New York Post, was not based on hacked information and has since been verified.

Spokeswoman Karine Jean-Pierre, no fan of Elon Musk, was dismissive of the information Musk released through journalist Matt Taibbi:

"So, look, we see this as a — an interesting or a coincidence, if I may, that he would so haphazardly — Twitter would so haphazardly push this distraction that is a — that is full of old news, if you think about it.  And at the same time, Twitter is facing very real and very serious questions about the rising volume of anger, hate, and anti-Semitism on their platform, and how they’re letting it happen.

"And, you know, the President said last week -- more leaders need to speak out and reject this. And it’s very alarming and very dangerous.

"Look what is happening, it’s not — frankly, it’s not healthy. It won’t do anything to help a single American improve their lives. And so, look, this is a — we see this as interesting, you know, coincidence.  And — and, you know, it’s a distraction."

Elon Musk told a cable TV show on Saturday, "Clearly if Twitter is doing one team's bidding before an election, shutting down dissenting voices on a pivotal election, that's the very definition of election interference. What the hell else -- of course, yes. You know, frankly, Twitter was acting like an arm of the Democratic National Committee. It was absurd."