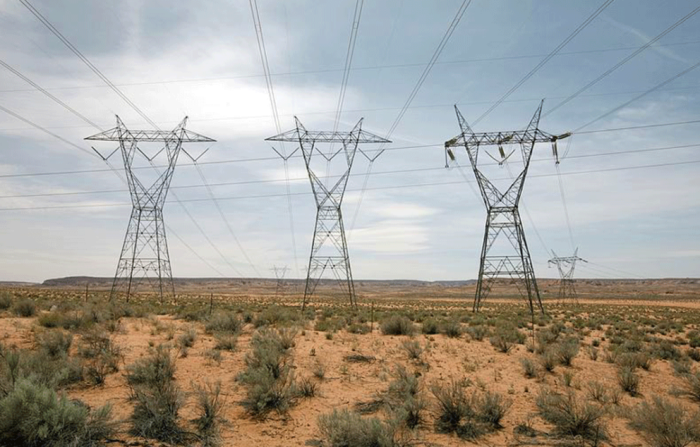 (CNSNews.com) - "To create our clean energy future, we must construct thousands of miles of new, high-voltage transmission lines all across our country," Vice President Kamala Harris said on Thursday, at a groundbreaking for a new transmission line in Arizona.

"The Ten West Link transmission line will stretch from Arizona to California," Harris explained at the groundbreaking.

"It will deliver electricity from wind and solar farms out here in the desert, to big cities like Phoenix and Los Angeles and San Diego, and to rural communities like Blythe and Quartzite — Quartzsite.

"And the energy delivered by these lines will not just be cleaner, it will also be cheaper  On average, you see, clean electricity is less expensive than electricity generated from traditional sources.

"And more transition to transmission lines means more clean energy for our communities. And that means more money in the pocket of the American people, more money to buy groceries, to invest in home repairs, to pay for your kid’s college, and to save for your retirement."

Harris also noted that as the United States transitions "away from fossil fuel plants that pollute our communities," it faces a challenge: Cleaner energy sources such as wind and solar farms "are often far away from the communities that they power. In many cases, the infrastructure we need to move clean electricity from where it is created to where it is most needed has not yet been built," she said.

Hence the need for building all these new transmission lines.

But in whose back yard will the new lines be constructed? In the wide-open desert of the western United States, this is not as much of an issue as it would be in the densely populated East Coast.

According to the Interior Department, the Ten West Link project spans 125 miles, connecting substations in Tonopah, Arizona and Blythe, California.

The project is expected to be operational by the end of 2023.