Trump Attorney: 'If They Needed Any Other Documents, They Could Have Just Asked' 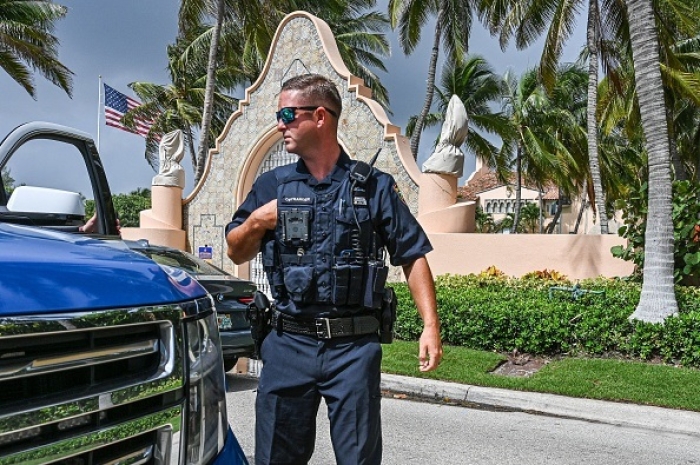 (CNSNews.com) - Trump attorney Lindsey Halligan says she was denied entry to Mar-a-Lago when she arrived at the former president's mansion to find out what 30 to 40 FBI agents were doing there on Monday.

She told Fox News's Sean Hannity Wednesday night that the raid was unnecessary: "If they needed any other documents, they could have just asked."

Halligan said the FBI agents "refused to talk to me" when she arrived at 11 a.m.

"They refused to let me in. All I knew is that they were searching areas one, two, and three, which I understood to be the former president's bedroom, his office, and a storage room. And other than that, we were not allowed to talk to them or go inside at all."

Hannity asked her if she ever saw a copy of the warrant or if she knows what was in the ten boxes of material reportedly removed from the mansion:

"What the FBI did was an appalling display of abuse of power. All documents requested were previously handed over. President Trump and his team painstakingly reviewed every single document at Mar-a-Lago and gave the government what they requested. If they needed any other documents, they could have just asked.

"And the warrant was secured under seal, so they tried to get away with concealing this overreach by obtaining a warrant under seal. Nobody knew about it. They knew that President Trump was in Bedminster (N.J.) and hasn't been at Mar-a-Lago for some time.

"They thought they could sneak in, snoop around without attorneys present and in case they walked out with nothing, so nobody would know they overreached to this degree.

"And It's unprecedented in United States history. The government seems to be out of control. It's plagued with manipulation, corruption, greed, deceit and fraud."

Halligan said no American, whether Republican or Democrat, wants a Department of Justice that overreaches.

In a report billed as "Exclusive," Newsweek reported that "an informer told the FBI" what documents Trump was allegedly hiding, and where.

"...the raid was scheduled with no political motive, the FBI solely intent on recovering highly classified documents that were illegally removed from the White House. Preparations to conduct such an operation began weeks ago, but in planning the date and time, the FBI Miami Field Office and Washington headquarters were focused on the former president's scheduled return to Florida from his residences in New York and New Jersey.

"They were seeking to avoid any media circus," says the second source, a senior intelligence official who was briefed on the investigation and the operation. "So even though everything made sense bureaucratically and the FBI feared that the documents might be destroyed, they also created the very firestorm they sought to avoid, in ignoring the fallout."