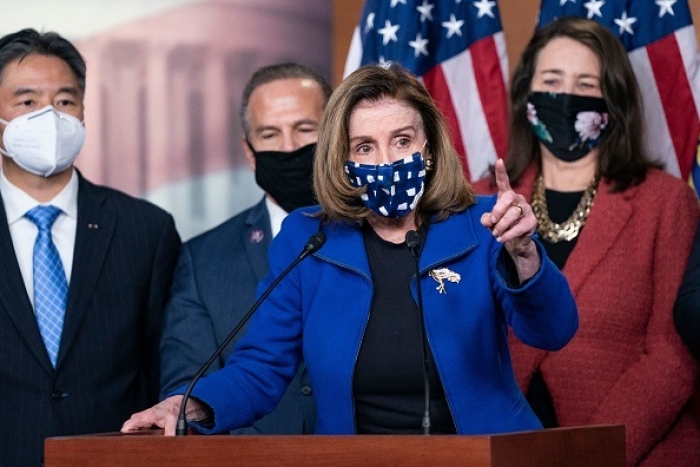 It's yet another outrage in a long list, Miller said:

"Let's talk about the security state that has been after President Trump for six years -- when he declared his candidacy, and then when he became the nominee, they began pushing the Russian collusion hoax.

"Let's not forget, for years of our national life, the official position of the government of the Beltway class of the media was that he had conspired illegally with the government of Russia until that was completely and wholly debunked.

"Let us not forget the security state leak that was used to improperly and scandalously impeach him for simply trying to get to the bottom of well-known corruption in Ukraine. Let's not forget the completely fabricated story about Russian bounties that was dropped right before the election.

"Let's not forget the assertion that the Hunter Biden scandal, well documented on video, were Russian disinformation.

"And let's not also forget that the sitting president of the United States is completely, as far as we know, being held harmless for how he benefited from his son's business dealings. Where is the special council to look into how every penny of that income was handled by the Biden family, was handled by Biden, reported by Biden, and classified by Biden?

"It's not happening, because, again, we have a branch, a division of government, that has decided -- throwing back to the eons before the Roman empire, that they can decide that they are the guardians of the empire, they can decide who leads us and who doesn't.

"This is an unprecedented development for this country. And I would say nothing has happened like this, as far as I'm aware, in any other of our developed peers."

Miller said the only recourse he sees is a house-cleaning in 2025.

"In the near term, there needs to be such a large majority elected in the House that they will have unquestioned ability to not only subpoena but to impeach any and every official who is involved in wrongdoing, both current and past, and to ensure that we finally uncover the truth about who was involved in each and every one of the scandals and misinformation campaigns I just walked through."