School Choice Advances in Iowa: 'I Am All in on This,' Governor Reynolds Says 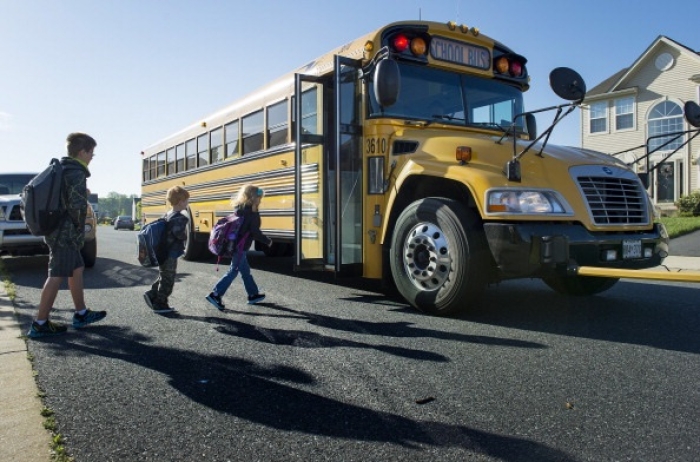 (CNSNews.com) - Iowa's Republican Gov. Kim Reynolds is standing up for school choice, endorsing The Students First Act, a bill that is advancing in the state legislature with critical votes scheduled for today (Monday).

Under Reynolds' plan, the money -- $7,598 per pupil, just part of what it costs to educate a public school student -- would follow the student to a private school.

"It is a bold plan that gets us to universal school choice by the third year," Reynolds told Fox News on Saturday:

"So starting next year, any student -- any incoming kindergartener and any student in public school will be eligible for the $7600 if they choose to go to an accredited private school, and then next year we'll phase in the kids that are currently in a private school over the next two years. So it'll be based on need.

"So the first year will be those families that are at 300 percent of the federal poverty the level, the following year it'll go to 400 percent, and the next year it's universal, and all kids, all families if they make that choice, that money will follow them to an accredited private school."

Reynolds said Iowa's public school districts will continue to receive state funding for the students they educate at the same level they do now. Together with other local, state and federal funds, public schools get more than $17,000 total per student, she noted.

With the Students First Act, they’ll also receive $1,205 for every student who lives in their school district but attends a private school instead. "That’s new money for students they won't ever teach," she said.

"Well, you know, at a time when equity is everything that we hear, it truly baffles me that those the that fight so hard for it are the same ones that are so strongly opposed to parental choice," Reynolds told Fox News.

"And I can't think of anything that's more equitable than giving parents the choice in their child's education. I am all in on this. I've been working on this for two years. Iowans are in on this. It's the expectation we're going to get it across finish line, you know?

"It's going to make our educational system better overall; I truly believe that with all my heart. And it shouldn't be for just those families that have the resources and the income to make those decisions.

"Every family, regardless of the money that they make, should have the opportunity to put their child in the best environment where they believe they can thrive and be everything that they can be, whether it's faith-based or whether it's academics or whether it's maybe a child that's been in trouble and needs more structure. That parent knows which is the best school."

In an open letter to Iowans, Reynolds noted that opponents argue that public dollars belong to public schools.

"I see it differently. Every dollar in Iowa’s general fund was earned by hardworking, tax-paying Iowans. It’s their money, and it should be used for the good of the people. In the case of education, for the good of all students."

Reynolds said the legislation will not cut public school funding as opponents claim. "And it won’t result in families fleeing public schools," she wrote.

"For most Iowa families, a public education will continue to be their first choice. But for families who otherwise can’t afford a private school that may be a better fit for their children, it makes new opportunities attainable."