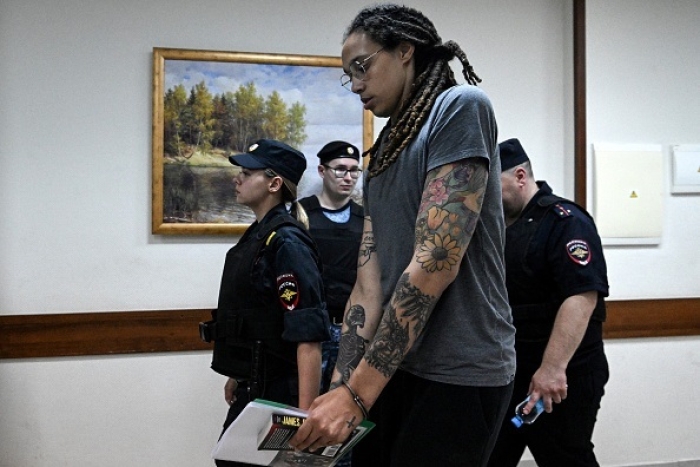 "But in the long term, appeasing terrorists, appeasing dictatorships, never works in the interests of the United States. And the whole reason that regimes like Russia, North Korea, Iran, the Taliban and others participate in hostage diplomacy is in the end, we always cave, we always make a concession and...they always win, and we lose.

"So my heart breaks for the Whelan family. I think, you know, a lot of people are asking, and rightly so, so what was his crime -- not being a celebrity? Not checking enough boxes for Hollywood? The fact that we left a U.S. Marine behind and made this choice. And I don't buy the Biden administration and President Biden saying we didn't have a choice.

"When do we start dictating the choices to Putin and the Iranian regime and the Taliban rather than letting them dictate what we do and who we give over?"

In his Thursday morning announcement of the one-for-one trade, President Biden said he hasn’t forgotten about Whelan, who’s been in a Russian prison for four years.

“This was not a choice of which American to bring home,” Biden said. “Sadly, for totally illegitimate reasons, Russia is treating Paul's case differently than Brittney's, and even though we have not yet succeeded in securing Paul's release, we're not giving up. We will never give up.”

Waltz, a member of the House Armed Services Committee and the first Green Beret to be elected to Congress, said the United States has to "start imposing costs" on countries that engage in prisoner/hostage diplomacy:

"These states will continue doing this until we start imposing costs and until they go, you know what? If we take another American, this isn't worth it for us, between...sanctions, diplomatic isolation, or even military action when it comes to some of these terrorist groups. It's only then (that) the bad guys are deterred by strength and by cost.

"But right now, all they see is upside, and they're going to keep taking Americans hostage around the world as long as they get big trades like this."