Rep. Fitzpatrick: 'Congress Will Not Let This (Rail) Strike Happen' 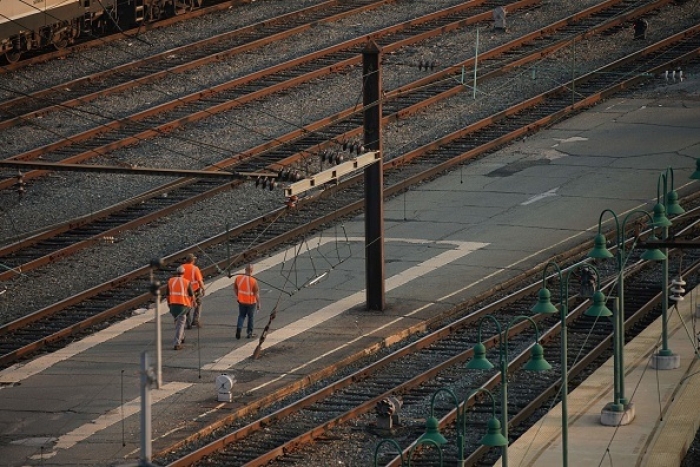 He also told "Fox News Sunday" that "Congress will not let this strike happen."

"So, we're set to leave Congress on December 15th. Now, the cooling off period for this negotiation is set to end a few days before Christmas.

"And one third of the product in the United States is transported by freight rail, including close to 70 percent of our agricultural -- you know, grains, feeds, fertilizer and the like.

"So, congressional intervention is a last resort. I suspect that after we pass the CR (continuing resolution) near December 15th, if that strike has not been averted, we'll be called back before Christmas."

The White House said last week that President Biden "has been directly involved...in touch" with railroad unions, hoping to avert a possible strike that could further cripple the U.S. supply chain:

"As the President has said from the beginning, a shutdown is unacceptable because of the harm it would inflict on jobs, families, farms, businesses, and communities just across the country," Biden's spokeswoman Karine Jean-Pierre said on November 22.

"And a majority of unions have voted — as you all know; I know you guys are following this very closely — to ratify the tentative agreement that we saw back in September. And the best option still is for the parties to resolve their differences themselves — their differences themselves.  And that’s what the President is going to continue to call on.

"To your specific question, though, Steve, the President is indeed involved directly, but I don’t want to get into details at this time. But he has been involved. He remains focused, again, on protecting America’s families. We have to avoid a rail shutdown. It will harm, again, families, businesses, and farms. And so, we’re going to continue to speak to this.

"The administration is in touch, again, to your question, with parties involved, as we have been since before the tentative agreement was reached."

"I mean, this is something that would be of significant concern, you know, economic concern and certainly, therefore, political concern for the administration. "So, I'm sure they're involved. They are probably, you know, waiting until the right time to reengage. Like I said, it will be a few days before Christmas before this actually manifests.

"But Congress will not let this strike happen. That's for sure. It would be devastating to our economy. So, we'll get to a resolution one way or another."

Fitzpatrick added, "failure is not an option here. We cannot have our transportation system responsible for one third of our products being transported throughout our country struck down. That's not an option."

A dozen rail-related unions must all agree on a new five-year contract. Eight unions have ratified the deal, but four, including the largest union, have not. And if one union strikes, the others will not cross picket lines.

The Railway Labor Act authorizes Congress to "avoid any interruption of interstate commerce by providing for the prompt disposition of disputes between carriers and their employees..."

The Biden administration temporarily averted a rail strike in September, just weeks before the November election.