Rep. Escobar: ‘Texas Is Now a Very Dangerous Place for Women and Children'; 'Not Pro-Life' but 'Pro-Birth' 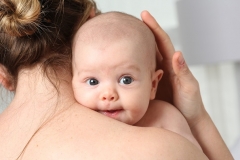 (CNSNews.com) - Rep. Veronica Escobar (D-Texas) told CBS on Sunday she's outraged that her state "is not pro-life, but is instead pro-birth, willing to put women's lives on the line."

Escobar said she's afraid Senate Republicans will use the filibuster, "a Jim Crow relic," to block the Democrats' pro-abortion "Women's Health Protection Act." And she's in favor of expanding the "activist" Supreme Court:

I am really afraid that because of the Senate's desire to hang on to a relic of the past, a Jim Crow relic, the filibuster, that while the House will move expeditiously to protect women from states like Texas, and from a Supreme Court that is an activist court, my fear is, is that some members of the Senate will use the filibuster as an excuse to not take action.

And in the face of inaction, we will see more deaths in Texas. Texas is now a very dangerous place for women and children. We are going to see more states basically import this law and do everything possible to create the most hostile conditions for women in our country.

And I do believe -- I am a supporter of eliminating the filibuster so that the American people will be able to see progress in government. And I believe the filibuster, which voters never voted for, which is not in the Constitution, and which is a relic of the past, it needs to be eliminated.

But I do think we also need to expand the court. We have now seen SCOTUS basically engage in late-night decisions through their shadow dockets. We've seen them become an activist court. We need to restore integrity to the court.

Escobar said it is "very hard to find common ground" on the abortion issue" because "each side is equally as dug in."

But what I have long talked about is, if we want to lower the number of abortions taking place in our country, we have to do more for young women and men in terms of sexual -- sex education, in terms of access to contraceptives, in terms of legal protections for women.

Instead, what we are seeing is an elimination of those things. And so it should be no surprise that more young women end up pregnant. But then we have a government that wants to limit their options once they are.

It's a very backward way of addressing what is a concern. But that's why I say there is no law that you can create that will eliminate abortion. All that's happening is you're eliminating safe, legal abortion, causing women significant harm.

Escobar noted that the Biden administration "is looking at a whole of government approach" to undermine the new Texas law.

Ron Klain, President Biden's chief of staff, told CNN's "State of the Union" on Sunday" that the administration is considering its options:

We have the best lawyers at the Justice Department looking for legal remedies to protect women who are seeking to exercise their constitutional rights. We have the team at HHS looking at what means we can do to try to get women the health care services they need in the face of this Texas law.

And we have the Gender Policy Council here at the White House, the first time a president's ever had a policy council devoted to gender issues, coordinating all this work to bring options forward for the president and the vice president to look at.