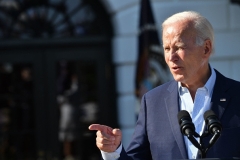 Ratcliffe told Fox News's Laura Ingraham the SPR has a capacity of 714 million barrels of oil.

"On our last day in the Trump administration we left it with 638 million (barrels), or at 90 percent (capacity). Joe Biden will have it down, by October 1st, to between 380 and 390 million (barrels). A little over 50 percent. So, if we have a national emergency, we will have essentially a half a tank of gas to deal with that problem."

On November 23, 2021 -- three months before Russia invaded Ukraine -- President Joe Biden announced he would release 50 million barrels of oil from the Strategic Petroleum Reserve to lower "elevated gas prices at the pump" and home-heating bills.

At the time, the White House couldn't blame Putin for the gas price hike. Instead, they explained that "oil supply has not kept up with demand as the global economy emerges from the pandemic."

As Biden announced on March 31:

This is a wartime bridge to increase oil supply until production ramps up later this year.  And it is by far the largest release from our national reserve in our history.

So far, domestic oil production has not ramped up, and the SPR's crude oil level has fallen to a level not seen since 1985.

When Biden took office in January 2021, the SPR held 638,085,000 barrels of oil (10.63 percent below its current authorized storage capacity of 714 million barrels). The oil is stored in four underground salt domes along the Texas and Louisiana Gulf Coasts. 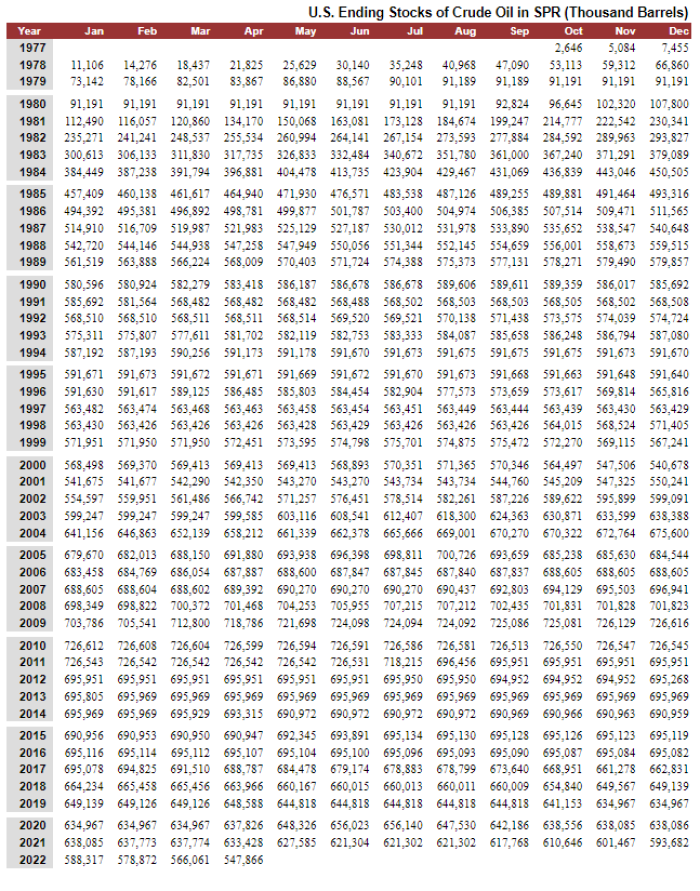 According to the U.S. Energy Department, hurricanes are among the reasons for notable SPR drawdowns in the past. We are currently one month into hurricane season.

President Biden, meanwhile, has publicly criticized U.S. oil companies for not boosting production, at a time when Biden is talking about the "incredible transition" to renewable energy.

In a June 23 letter to President Biden, the American Petroleum Institute urged him to take another look at "made in America energy" before he heads to Saudi Arabia to ask the Arabs to boost their production.

"U.S. energy reserves – produced to among the highest environmental standards in the world – are the answer in the global quest for reliable energy supplies. American energy bolsters U.S. competitiveness and national security and brings economic opportunity to every corner of America," the letter said.