More Americans Working in April, But the Unemployment Rate Rises to 6.1% 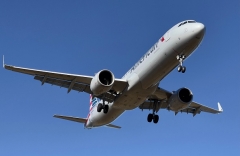 The travel industry is among those making a comeback from the darkest days of the COVID pandemic. (Photo by DANIEL SLIM/AFP via Getty Images)

(CNSNews.com) - Friday's jobs report reflects a reopening economy that still has a long way to go to match its Trump-era strength.

Contrary to bullish expectations, the unemployment rate actually ticked up a tenth of a point to 6.1 percent in April, and the economy added 266,000 jobs, far fewer than the 770,000 (revised) added in March and the 536,000 added in February.

Notably, the number of employed Americans increased in April for the 12th consecutive month since the economy tanked under COVID pressure in April 2020. Last month, BLS said 151,176,000 Americans were employed. That is 318,000 more than in March, and 1,145,000 more than when Joe Biden took office in January.

But the number of unemployed American also increased (+102,000) to 9,812,000 last month, boosting the unemployment rate slightly.

In April, the civilian non-institutional population in the United States was 261,103,000. That included all people 16 and older who did not live in an institution, such as a prison, nursing home or long-term care facility.

Of that civilian non-institutional population, 160,988,000 were participating in the labor force, meaning they either had a job or were actively seeking one during the last month. This resulted in a labor force participation rate of 61.7 percent in April, an improvement from the 61.5 percent rate in March.

The number of Americans counted as not in the labor force, meaning they didn't have a job and were not looking for one -- dipped again in April to 100,115,000 compared with 100,445,000 in March. Of those 100,115,000 counted as not in the labor force, BLS said 2.8 million were prevented from looking for work in April because of the pandemic. That number is down from 3.7 million in March.

BLS also notes that 9.4 million people said they were unable to work in April because their employer closed or lost business due to the pandemic--that is, they did not work at all or worked fewer hours at some point in the last 4 weeks due to the pandemic. This measure is down from 11.4 million in the previous month.

Among those who reported in April that they were unable to work because of pandemic-related closures or lost business, 9.3 percent received at least some pay from their employer for the hours not worked, little changed from the previous month.

The Labor Department's Bureau of Labor Statistics said notable job gains occurred in leisure and hospitality, increasing by 331,000, as pandemic-related restrictions eased in many parts of the country.

More than half of the increase was in food services and drinking places (+187,000). Job gains also occurred in amusements, gambling, and recreation (+73,000) and in accommodation (+54,000). Although leisure and hospitality has added 5.4 million jobs over the year, employment in the industry is down by 2.8 million, or 16.8 percent, since February 2020.

BLS said notable employment declines occurred in temporary help services, in couriers and messengers, in manufacturing and in retailing.

"Some people are reluctant to go back to the (work) environment -- they're still concerned about COVID," Toomey said. "Other people have problems that their kids aren't back in school so they're at home. And another factor in all of this is systematically paying unemployment benefits that are more than a person makes working doesn't create an environment that's particularly conducive for going back to work."

President Joe Biden will speak about today's jobs report later on this Friday, no doubt taking another opportunity to promote his American Jobs Plan.