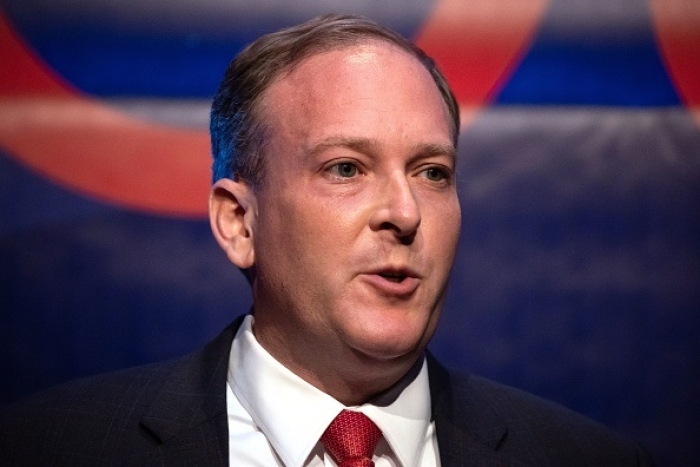 Congressman Lee Zeldin, fresh off his close race for N.Y. governor, has another political job in mind. (Photo by YUKI IWAMURA/AFP via Getty Images)

"I have not decided, however I'm not a procrastinator, so I want to very quickly decide whether or not to make this run.

"What I do know is that it is important for the Republican Party, with this opportunity to retool and to transform, because we have high stakes races coming up in '24 for president of the United States We need to elect more Republicans to the House and Senate, and down-ballot candidates need to get elected as well.

"So what I do know for sure is that I am committed to doing absolutely everything in my power to ensure that we save our country. We have a country that needs to be saved, and I plan on doing my part. I'm very seriously considering a run for chair of the Republican National Committee."

Zeldin said he will make a decision in a "matter of days," not weeks.

The Republican National Committee has 168 delegates, and Zeldin said many of them have reached out to him, encouraging him to run for chairman.

"If a majority of these 168 Republican National Committee delegates want to go in a different direction, well then that's where we have an important role to play."

Zeldin said the GOP needs to look at election integrity and candidate recruitment. And he said it's not enough for Republicans to say what they're against -- against Joe Biden and the Democrat agenda, for example.

“There are attacks right now on security. We see it at our border and in our cities and its now spilled into the suburbs. Attacks on wallets and restriction on opportunities for prosperity. Attacks on our education, and we have to reverse these and more."

Zeldin said he respects term limits. "I'm leaving the House of Representatives after four terms in eight years, and I believe that our Founding Fathers’ intent was that you come to Congress, you bring your ideas, your energy -- you try to make a difference, and then you move on."