Gov. Abbott: Biden Is 'Two Years and $20 Million Too Late' in Visiting Border 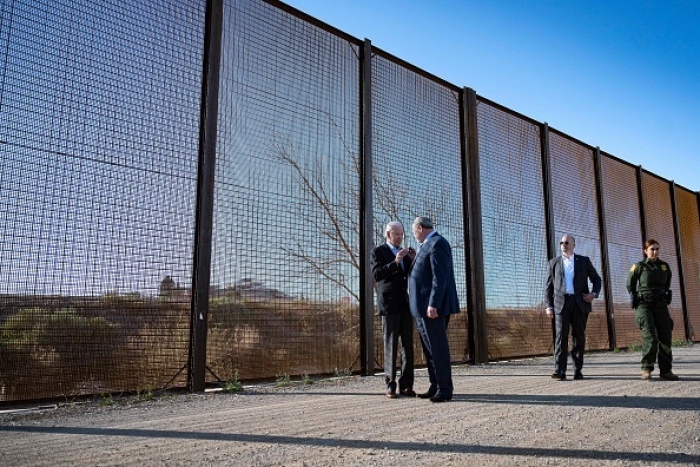 (CNSNews.com) - In a visit full of photo opportunities -- but none with migrants -- President Joe Biden visited a port of entry and a migrant processing center in El Paso, Texas on Sunday.

He also spoke with Border Patrol officials in front of an 18-foot wall separating El Paso from Ciudad Juarez, Mexico, but he gave no speeches and did not mingle with any of the foreigners who have simply walked into the country without permission.

Texas Gov. Greg Abbott greeted Biden at the local airport, gave him a letter, and later spoke at length to reporters about Biden's first visit to the overwhelmed border:

"The president who caused the chaos at the border needed to be here," Abbott said:

"It just so happens he’s two years and about $20 billion too late,” Abbott told reporters at the airport.

“He needs to step up and take swift action, including reimbursing the State of Texas for the money that we've spent but providing more resources for the federal government to do its job. Also, this is nothing but for show unless he begins to enforce the immigration laws already that exist,” Abbott said. 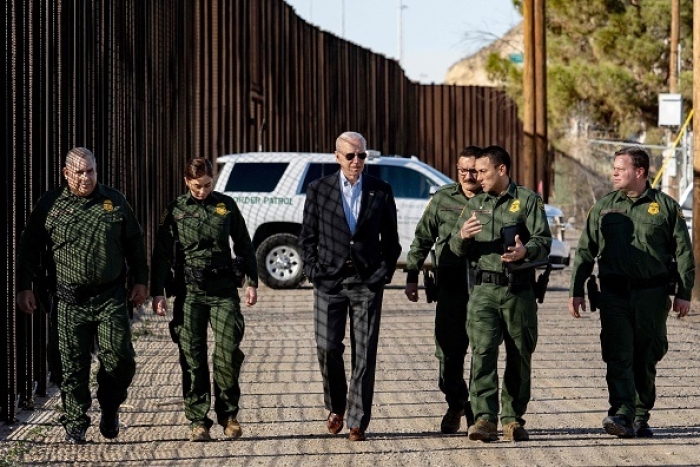 President Joe Biden speaks with US Customs and Border Protection officers as he visits the US-Mexico border in El Paso, Texas, on January 8, 2023. (Photo by JIM WATSON/AFP via Getty Images)

"I gave the president a letter from me to him outlining the chaos that his refusal to enforce the border laws has caused the state of Texas," Abbott said.

In addition to explaining the deadly consequences of unchecked immigration, Abbott said his letter also offered solutions, something Biden has accused Republicans of lacking:

"In the letter that I gave, I provided five solutions that already exist under current United States law," Abbott said:

"All we ask the president to do is to enforce these five standards under American law already. If he does that, he will make enormous strides in securing our border and eliminating the illegal immigration so they can get back to the pathway of dealing with legal immigration in the United States."

Abbott said Biden has never called him to discuss the immigration issue. "Now I' ve provided him a letter that provides tangible, concrete solutions that will stop illegal immigration. And I expect him to call me."

Abbott said the process he proposed starts with "detaining those who are here illegally as opposed to letting them go on an amnesty program.

“It means deporting those who crossed the border illegally between the ports of entry; it means doing what the federal courts have ordered him to do, which is to implement the remain in Mexico policy as well as the Title 42 policy and going back and continuing to build the border wall in the State of Texas, using the taxpayer money already dedicated to building that border wall."

President Biden did not stop to talk with reporters on Sunday. But in response to one question shouted at him -- "Mr. President, what have you learned at the border today?" -- Biden replied, "They need a lot of resources, and we’re going to get it for them."