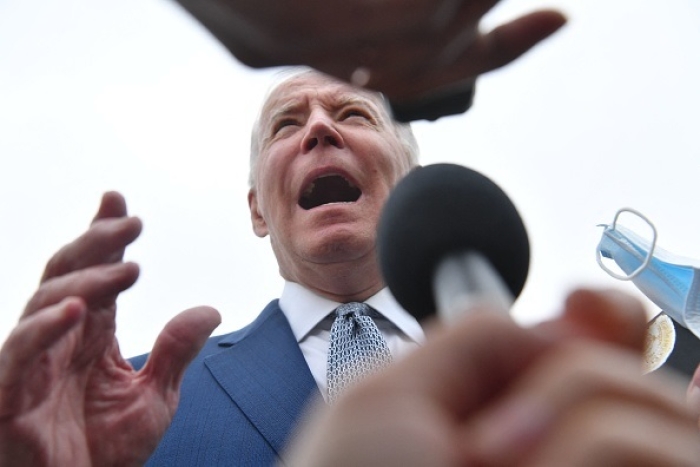 (CNSNews.com) - President Joe Biden will ask Saudi Arabia to boost oil production when Biden visits the kingdom next month -- the same kingdom he wanted to relegate to "pariah" status when he was running for president.

"Is there any kind of promise beforehand that the Saudis will increase production?" CNN's John Berman asked Energy Secretary Jennifer Granholm on Wednesday:

"No. No, there's no promise beforehand. No. There's not," Granholm said.

President Joe Biden has directed Granholm to "convene an emergency meeting" with U.S. oil company executives "in the next few days," as Biden just wrote in letter to those oil companies.

"I am prepared to use all tools at my disposal, as appropriate, to address barriers to providing Americans with affordable, secure energy supply," Biden wrote.

Granholm said "no tool has been taken off the table, and he wants to hear from the refineries, the companies who are doing refining, to see what is the bottleneck and how we can increase supply.

Some of the tools mentioned during the interview include invoking the Domestic Production Act, an excess profits tax, draining the Strategic Petroleum Reserve, and, of course, moving to clean energy.

"And let me just say, John, we really want to see us move to clean energy," Granholm said, "but we also need to see this increase right now, and we are asking oil and gas companies as well to diversify, and make sure that part of the -- that they become diversified energy companies, to be able to produce other means of clean energy because they have huge deep pockets, they have a big ability to invest in the future, as well as investing right now so that we don't see oil and gas causing the inflation numbers and people being hurt every day."