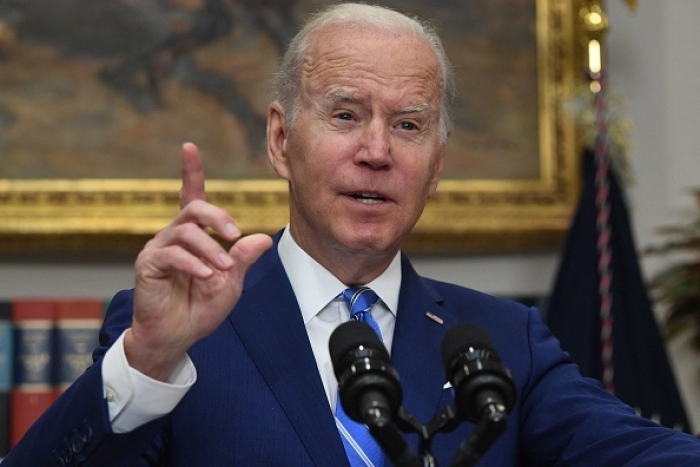 (CNSNews.com) - The Labor Department's Bureau of Labor Statistics said on Friday that labor force participation dropped in April, as did the number of employed people.

In fact, on Thursday, BLS reported that the number of job openings reached a record high of 11.5 million on the last business day of March.

Although wages are rising, they're "being eaten up by inflation," Powell said, as he applied brakes to the economy with a half-point increase in interest rates.

But on Friday, the Democrat National Committee issued a news release praising the Biden economy:

"Today’s job report confirms President Biden’s economic agenda is working. We have experienced 12 straight months of job gains above 400,000, over eight million jobs created since President Biden took office, and the unemployment rate remains near historic lows. Because President Biden and Democrats delivered the American Rescue Plan and got Americans vaccinated, which every single Republican in Congress voted against, our country is bouncing back with historic economic growth."

(Previously, Democrats have blasted Republicans for their tax cuts under President Trump. And the alleged intention of Republicans to cut Social Security has been a perennial election-year refrain from Democrats for ages.)

Nothing changes for struggling families

"The latest jobs report doesn’t change anything for families suffering under Biden’s failed economic agenda that has resulted in sky-high inflation, soaring prices, and now a serious threat of a recession," RNC Chairwoman Ronna McDaniel said.

"Families can’t afford food and groceries, wages can’t keep up with inflation, and Biden’s agenda is only going to make it worse. Voters squarely blame Biden and the Democrats for the harm they are causing struggling families across the country.”

According to the RNC:

-- "The jobs report shows that Bidenflation is shrinking workers’ paychecks, with rising prices eating up any wage growth.

-- "There are still 1.1 million Americans who lost their job during the pandemic and have yet to get it back.

-- "The unemployment rates for Black men, Asians, Americans without a high school diploma, and Americans who attended some college all increased.

-- "Biden inherited a robust recovery and is turning it into stagflation – even Biden’s own economists are warning of a recession."

The RNC also pointed to dismal poll numbers on Biden's handling of the economy.

"It’s troubling that the economy lost 353,000 workers last month and the labor force shrunk, creating more pressure for higher prices while hammering small businesses whose optimism is plummeting. Along with shrinking paychecks and a shrinking economy, all warn of a painful recession ahead."