Did a Bird Dump on Biden? 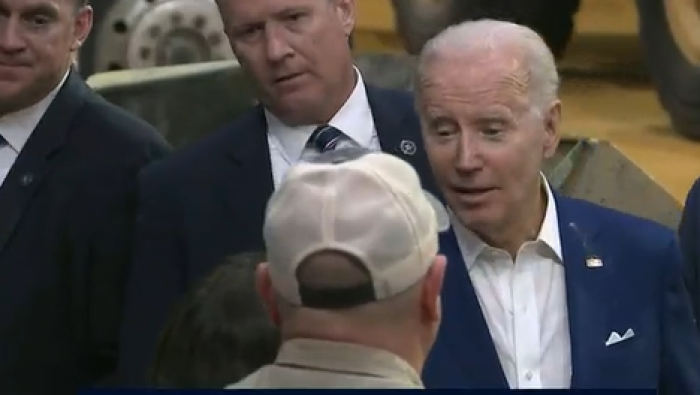 About three minutes into his speech at an ethanol plant in Iowa Tuesday, President Biden was annointed from above by -- a bird?

Biden, standing near a pile of corn in what he called a "giant barn," was talking about "the work we’re doing to lower costs for American families and put rural America at the center of our efforts to build a future that’s made in America. And that’s not hyperbole; it’s about being made in America," he said.

Biden started to say, "A lot of that has — has to do with this industry." And as he said the words "a lot," something from above stained the shoulder of his navy blue blazer. Biden did not pause, assuming he even noticed.

The white splotch remained on his collar, above the pocket handkerchief and pin, as Biden took several minutes after his speech to meet and greet the plant workers. 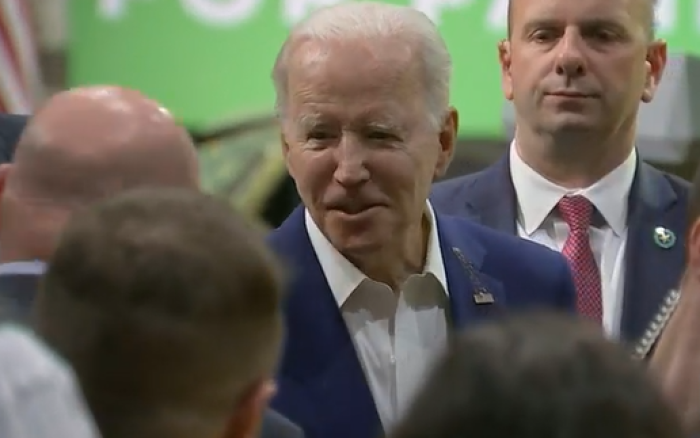 But later, as he prepared to depart Iowa, the stain was no longer evident as Biden stopped briefly to speak to reporters. 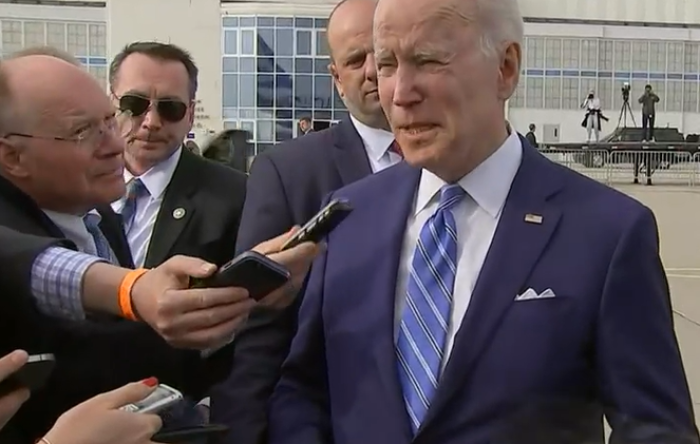