DeSantis: 'We're Stepping in Where the Federal Government's Failing'--on Immigration and China 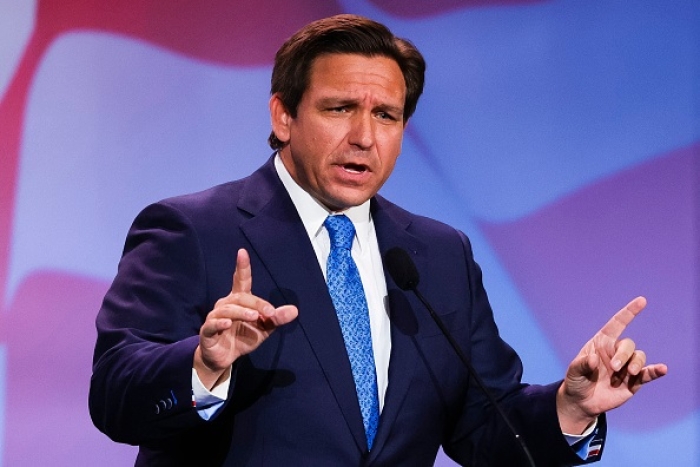 (CNSNews.com) - Republican Gov. Ron DeSantis is directing the State of Florida to address two serious threats to the country that he says should properly be handled by the federal government.

On January 6, the governor signed an executive order activating the Florida National Guard and directing state law enforcement agencies to respond to -- and discourage -- "the alarming influx of migrants landing in the Florida Keys."

"Basically Biden is leaving the Coast Guard out to dry. He's not sending any more vessels, any more support. They don't have enough to intercept all the boats that are trying to come, primarily from Cuba, but also from Haiti.

"So what we're doing with our assets, we're out there in the Florida Straits. We're using reconnaissance. We are alerting the Coast Guard when boats are there. We're stopping boats. And then the Coast Guard are picking these folks up.

"And here's the thing, Tucker. We think that some of this is absolutely being orchestrated by the Cuban government. We think there's a lot of human smuggling going on. So not only is this not good for the Florida Keys, to have people dumped on their property, some of these people that are on these boats are being mistreated.

"And so I think we've seen a decline in the number of vessels that are in the water. We have not had as many landings. Actually, very few lately. So it is working as a deterrent. But it's our sense that they're going to change their tactics, so we're going to be watching and we're going to be responding in kind."

According to the governor's office: 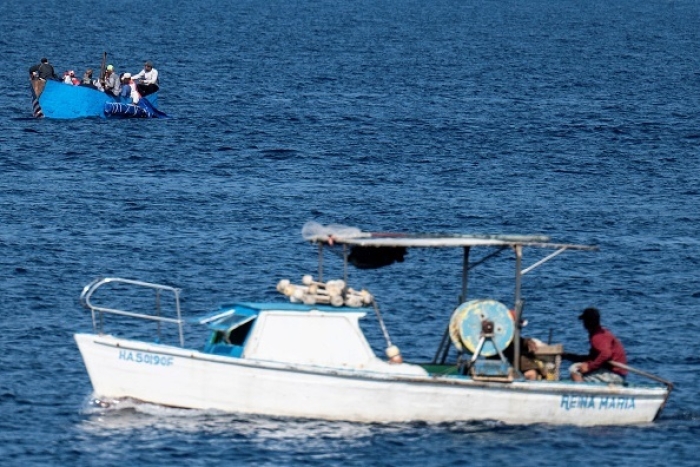 A boat full of Cubans is seen drifting off the coast of Havana on December 12, 2022. (Photo by YAMIL LAGE/AFP via Getty Images)

"On January 1, 2023, approximately 300 illegal aliens unlawfully entered Dry Tortugas National Park, located about 70 miles west of Key West, with an additional 45 illegal aliens entering Key West. This massive influx of illegal immigrants caused the park to close to ensure the safety of visitors and staff and to provide the space necessary to attend to the illegal immigrants. Since August 2022, federal, state and local law enforcement have encountered more than 8,000 migrants in waters off the coast of Florida."

DeSantis said a second challenge comes from China's communist government, which is buying land across the United States, but not in Florida, if DeSantis gets his way:

"And obviously, they're not going to do it directly. They will have shell companies. So we're going to have to have a system in place to scrutinize this. Why would we want them buying farmland? They had very little farmland in the United States even ten years ago. Now they have significant holdings. Not as much in Florida, but you do have it in other parts of the country.

"Why would we want the CCP to own land near a military base, or own critical infrastructure? So we're looking for a flat ban. We're going to work with the Florida Legislature to get that done.

"Tucker, American policy makers for a generation have been empowering the CCP. They Said it would end up working out, China would become a democracy. In fact, this is a very serious threat to our country. Why would we want them to have even more influence over American society than they already do?"

DeSantis is widely mentioned as an eventual presidential contender, maybe sooner rather than later.