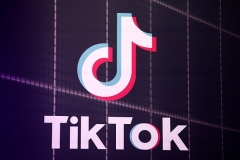 (CNSNews.com) - Rep. Mike Gallagher (R-Wis.), a member of the House intelligence committee, is among the concerned Americans calling for TikTok to be banned in the United States. In fact, he and Sen. Marco Rubio (R-Fla.) have written legislation to do just that.

The social media platform, where short videos are shared, is owned by ByteDance, which is controlled by the Chinese Communist Party. Gallagher calls TikTok ""digital fentanyl," and he explained why in an appearance with Fox News's Laura Ingraham Tuesday night:

"Well, it's digital fentanyl in sense that it's highly addictive; it's also, therefore, deadly. For all the reasons you laid out in your monologue, our youth are at risk of increased isolation, suicide, depression, anxiety. Those numbers are through the roof. And finally like fentanyl, the precursors date back to China, right?

"TikTok is owned by ByteDance; ByteDance is effectively controlled by the Chinese Communist Party. That means not only can they track your location, collect your key strokes, but they can also censor your news. Increasingly, people use TikTok as a news source.

"The final thing that's really disgusting here, Laura, is the fact that they're weaponizing the swamp against us. TikTok is hiring an army of former members of Congress, senators, Democrats, Republicans, staffers, spending $7 million, nearly, last year in order to lobby on their behalf, exploiting the loopholes in our lobbying laws, which are very weak right now.

"So this is a danger to our kids, it's a national security threat, and ultimately, we don't want the Chinese Communist Party to control the most powerful media company in America."

Ingraham asked which former members of Congress are lobbying for TikTok:

"I believe (former) Senator Trent Lott is lobbying for them," Gallagher said. "Yeah, there's 31 former staffers from members of Congress and some former members of the House whose names elude me at present."

Ingraham noted that the Biden White House is using TikTok to spread its own propaganda, and she played a video of a young woman touting passage of the Inflation Reduction Act (climate change) bill during an appearance at the White House.

"Congressman," Ingraham told Gallagher, "they're using TikTok influencers at the white house to promote their political message, completely oblivious to all the harms and threats that this app and this social media actually does to our country and our kids."

"This sends precisely the wrong message," Gallagher agreed. You know, when you have high level members of the White House just trying to get clicks on TikTok, it's absolutely the wrong direction we need to be going in...I mean, look what they're (Chinese) doing to their own citizens; imagine what they would do to foreign countries, if given the chance."

Gallagher said China already has found a way to cross the U.S. border without using force -- by flooding the country with deadly fentanyl by way of Mexico.

"I think what they're really trying to do is launch an ideological war designed to turn Americans against Americans, designed to propagate this narrative that American is an evil, racist hellscape. Their so-called wolf-warrior diplomats are all over American social media companies, spreading propaganda attacking the United States."