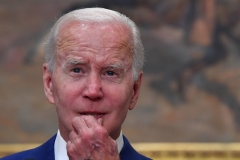 The White House touts that Biden has "taken action in recent months," releasing oil from the Strategic Petroleum Reserve and "encouraging oil companies and refiners to boost capacity and output to get more supply on the market."

In a speech later Wednesday, President Biden will urge "Congress and states to provide direct relief to American consumers who have been hit with Putin’s Price Hike," the White House said.

"Specifically, he is calling on Congress to suspend the federal gas tax for three months, through September, without taking any money away from the Highway Trust Fund. And he is calling on states to take similar action to provide some direct relief, whether suspending their own gas taxes or helping consumers in other ways."

The federal gas tax is 18.4 cents per gallon, and 24 cents for diesel.

"The President is also calling on Congress to make sure that a gas tax holiday has no negative effect on the Highway Trust Fund. With our deficit already down by a historic $1.6 trillion this year, the President believes that we can afford to suspend the gas tax to help consumers while using other revenues to make the Highway Trust Fund whole for the roughly $10 billion cost."

The White House says Biden understands that a gas tax suspension will not end the record high prices at the pump. "But the President believes that at this unique moment when the war in Ukraine is imposing costs on American families, Congress should do what it can to provide working families breathing room."

The chart below, from the U.S. Energy Information Administration, shows weekly average gas prices from 2020 through 2022. 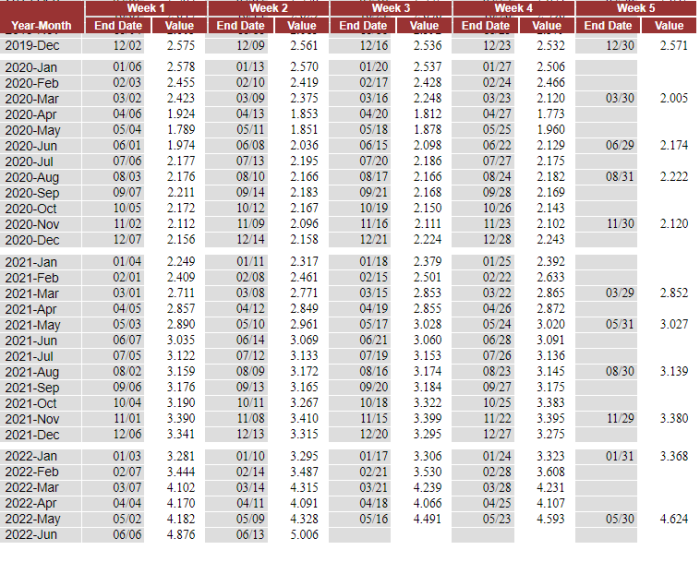 When he was running for president in 2008, Democrat Barack Obama -- soon to be Biden's boss -- slammed his political rivals for suggesting a gas tax holiday to bring down prices, then running around $3-$4/gallon.

"We're arguing over a gimmick that would save you half a tank of gas over the course of the entire summer so that everyone in Washington can pat themselves on the back and say they did something," Obama said at the time. "Well, let me tell you, this isn't an idea designed to get you through the summer, it's designed to get them through an election."

Sen. Mitt Romney (R-Utah) tweeted: "[T]he problem’s not the 18 cents, it’s the $2.00 hike since last year. While oil price is global, US can impact expectations with much more drilling and pipelines."

Politico quoted Hoyer as saying, "I just don’t know that it gives much relief."

Some economists say a gas tax holiday might boost demand at a time of limited supply, making prices go higher.